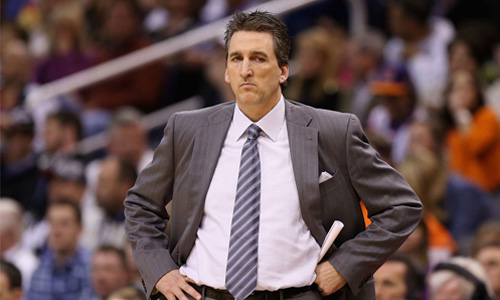 Despite coming off one of the best seasons in franchise history, the Los Angeles Clippers have chosen not to offer a new contract to head coach Vinny Del Negro when his current one expires at the end of June.

Del Negro, who had a 128-102 regular-season record in three years with the team, has been on the hot seat since the Clippers lost in the first round of the playoffs to the Memphis Grizzlies.  The Clippers had a 2-0 lead in the series before losing four straight, fueling speculation that Del Negro would take the fall for the disappointing playoff performance.

This past season saw the Clippers win a franchise-record 56 games, have a 17-game winning streak, and win their first Pacific Division title.  But with the early playoff exit, questions have lingered about the future of both Del Negro and free-agent-to-be, Chris Paul.  With Del Negro’s exit, the Clippers may look for a big name coach to take his place in order to ensure Paul resigns with the team this summer.  Possible candidates could include Phil Jackson, or even Paul’s former coach with the New Orleans Hornets, Byron Scott, who was fired earlier this offseason by the Cleveland Cavaliers.