Looking more like he’s auditioning for a spot on Deadliest Catch, Henry Cavill was seen on the set of MAN OF STEEL sporting a beard, a new look for Clark Kent.  It’s almost guaranteed the beard won’t be a permanent part of his Clark Kent persona, but given that early plot details of the movie suggested Clark Kent travels the world as a journalist, debating whether or not to become Superman, the beard–and homeless look–seem to fit that concept.  It reminds me a lot, too, of BATMAN BEGINS, when Christian Bale traveled to China (rockin’ beard, too).  Remember that the minds behind BATMAN BEGINS, the Nolans and David S. Goyer, are also the ones behind MAN OF STEEL.

Check out the photos below. 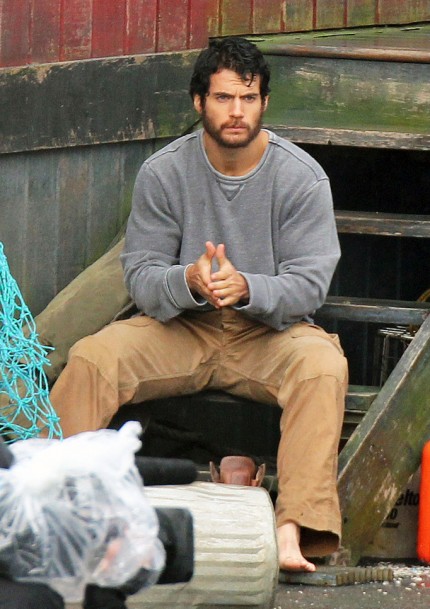 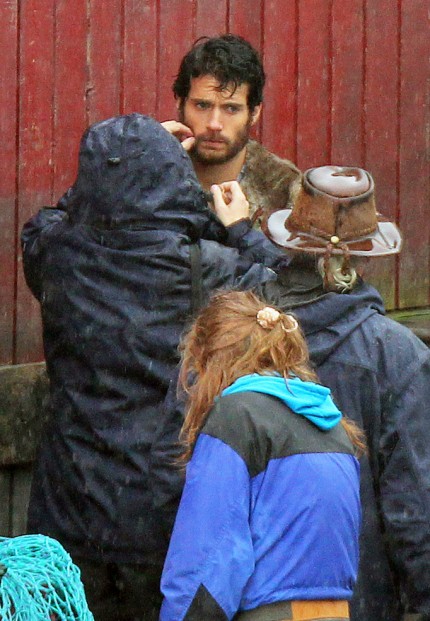 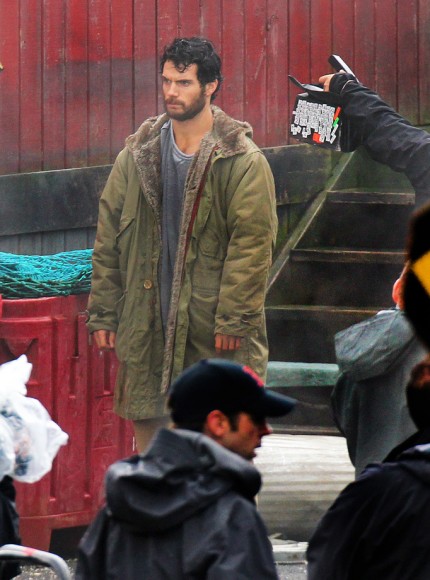 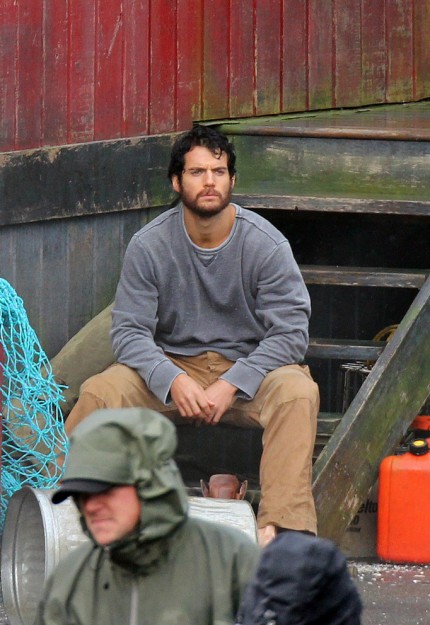 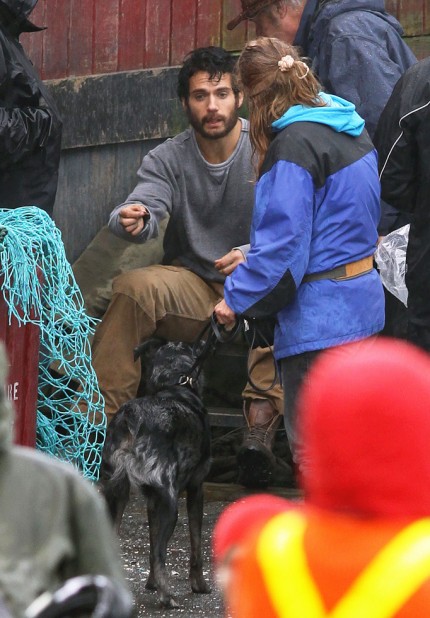 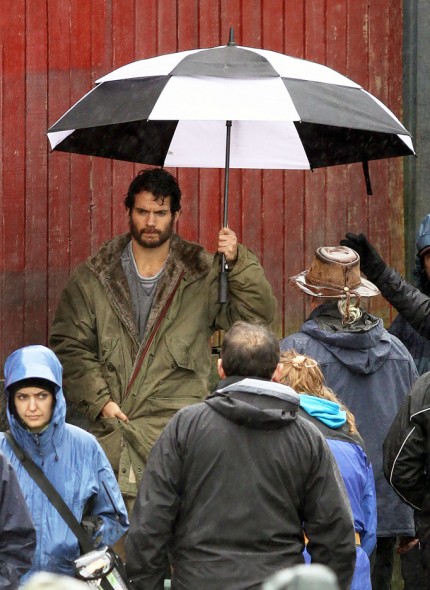