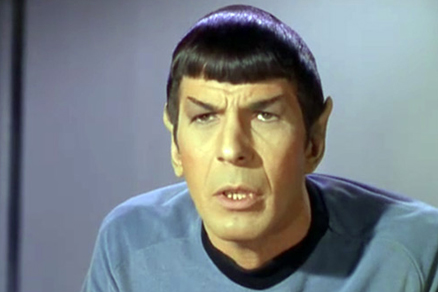 This seemingly illogical season is reaching its halfway point.  As of now, only three teams—Houston, Baltimore, and New England—have a winning record in the AFC, something not even a science officer such as myself could have predicted at the beginning of the year.

I struggled in my picks last week, but am confident this weeks selections will get the job done. So, without further ado, here are my Week 8 NFL Picks.

While on the surface this seems like an illogical pick, one has to look at other factors.  With the Eagles coming off the bye week and having just fired defensive coordinator Juan Castillo, head coach Andy Reid knows full well his season, and job, are on life support.  Knowing that his team needs to make drastic improvements on both sides of the ball, I expect that Reid spent the bye week making the necessary adjustments to get his team back on track.  While it may not translate into a winning season, I believe it will at least translate to a win on Sunday.  For Atlanta, a 6-0 start is a great story for the franchise, but I do not see them going undefeated this season.  Playing on the road against a team desperate for a win, I expect the Eagles to come out victorious on Sunday.  EAGLES

Perhaps I am suffering from the effects of Pon farr, but I like Cleveland in this game at home.  Their 1-6 record is abysmal, but I have seen improvements in this team every week.  Ageless rookie Brandon Weeden has shown he has the talent and skills to lead this team, and ever since his dreadful debut in Week 1, he has been playing solid football.  As for San Diego, I expect Norv Turner to be putting his house up for sale in the near future as his team has once again failed to meet expectations.  After giving away a win to Denver on Monday Night Football the other week, I expect San Diego to come out flat against the Browns.  Cleveland should be able to secure their first win under new owner Jimmy Haslam.  BROWNS