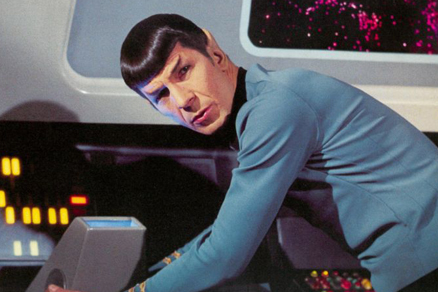 It is the year of the underdog in the NFL.  So far this year, I have been 6-0 in my underdog picks and find that it has been far easier finding a team to pull off the upset than finding a logical winner.

This week’s round of games will seem to offer much of the same.  Perhaps parody has truly taken over the NFL, but as a science officer I take great delight in studying this unique phenomenon.  With the largest spread of the week being -10.5 (New England at home versus the NY Jets) I expect another big weekend of nail-biting finishes and surprising upsets.

So, without further delay, here are my week 7 NFL picks.

After a surprising upset win in the desert last week against the Cardinals, the Bills return home with confidence and momentum on their side.  After giving up a total of 97 points in their previous two weeks, the Bills held the Cardinals to just 16 points, and $100M man Mario Williams finally showed up, recording two sacks in an overtime win.  The Titans come to town after a big home win over the Steelers, but I expect the crowd in Buffalo to help their team remain on the winning track.  Expect the Bills to put up big numbers and for Williams to add to his sack total.  BILLS

Quite fascinating.  With all the mishaps the Cowboys have encountered this year, not to mention the rather odd comment from owner Jerry Jones this week saying he still felt the Cowboys were a Super Bowl team, I find it hard to see them as a favorite on the road.  From a logical standpoint, Carolina is at the bottom of the league and quarterback Cam Newton appears more pumped up in a commercial for Beats Headphones than he does on the field.  However, logic also dictates that the simplest answer tends to be the correct one.  While both teams have a number of shortcomings, I have to favor the team who is playing at home.  Plus, the loss of Cowboys running back DeMarco Murray is sure to be a major factor for a team playing on the road.  PANTHERS