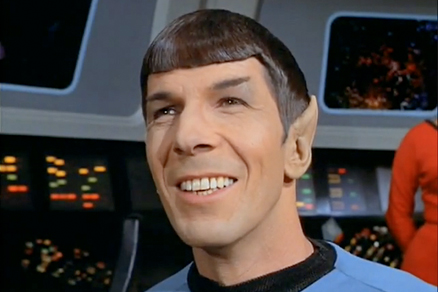 It’s funny how you humans work.  I would have never guessed that an illogical decision could lead to a logical one in such a short period of time, but that was the case this past week.  After the seemingly blind replacement referees blew the game-ending call in last Monday night’s game in Seattle, the NFL and the NFLRA hammered out a deal just three days later, ending the lockout.  It makes you wonder why this deal couldn’t have been completed sooner, but I suppose that’s how the universe works: from chaos comes order.  Now that the real officials are back, you humans can once again indulge in your obsession with Ed Hochuli’s biceps, and I can get back to confidently making my picks of the week.

With that said, let’s jump right in.

Without question, readers, the logical pick this week is the Green Bay Packers.  After being robbed last Monday night by the replacement officials in Seattle, you can be certain Green Bay will come out with a fiery intensity, the likes of which we haven’t seen all season.  Their fans will be behind them on, and I would not be the least bit surprised to see the real officials be a little more favorable in their calls towards the Pack, albeit inadvertently.  On the other side of the ball, the Saints’ season is in an utter tailspin.  The absence of coach Sean Payton has shown the importance of coaching and leadership to the league and its fans.  Take James T. Kirk away from the Enterprise and I can assure you things would not run as smoothly or efficiently either.  I expect this game to be a runaway victory for the Packers at home; one that will likely get their season back on track.  For the Saints, now would be the time to get their scouts out on the college campuses to find their top five pick for the April draft.  PACKERS

Fascinating, indeed.  Perhaps the replacement officials from last Monday night picked the line for this game?  While Seattle’s defense is one to be reckoned, recording eight sacks in last Monday’s loss win over the Packers, St. Louis has a formidable defense as well.  While both St. Louis and Seattle are still struggling to find their identity on offense, I believe the matchup this week favors the Rams at home.  St. Louis’ quarterback, Sam Bradford, has the potential to be a championship caliber quarterback, and, unlike Seattle’s Russell Wilson, he is tall enough to ride a rollercoaster at an amusement park.  I expect defense to dictate the pace of this game, but see the Rams making more key plays on offense to pull out the win.  RAMS