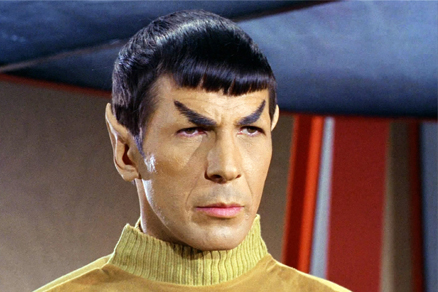 It’s hard to believe, but the 2012 NFL season is nearing its end.  As you humans prepare to celebrate the pagan holiday known as Christmas–a holiday in which one feels compelled to exchange gifts with another human–and give thanks for all you have, I find that I have much to be thankful for as well.

This past week I saw the first trailer for me new adventure, Star Trek Into Darkness hit the Internet, and more importantly, I got back on the winning track last Sunday.  I look to continue the winning streak this week, so without further ado readers, here are my week 14 picks.

St. Louis had a big win last Sunday over the San Francisco 49ers at home, and they’ll look to bring that momentum into Buffalo tomorrow.  The Rams have had an up and down season in their first year under Jeff Fisher.  While they have shown strides towards improvement, I feel they are still a year away from putting it all together and being truly competitive.  With all the draft picks they have coming up after trading away the second overall pick to the Washington Redskins last season, the Rams find themselves in a good position for years to come.  But, the Bills are coming off a big blowout win at home against the Jaguars and are always a high scoring team when they play in Orchard Park.  I expect the Bills to put up big numbers tomorrow and the Rams offense to struggle in the cold outdoors.  Logic dictates that you should take the Bills, and logic always prevails.  BILLS

One of the more fascinating lines of the year.  It is no secret that Jets QB Mark Sanchez has had what can only be described in human terms as “a horrible year.”      He was pulled in the third quarter last week against the Cardinals at home and the Jets needed everything they had to pull out a 7-6 win against the lowly Arizona Cardinals.  The future of both Sanchez and head coach Rex Ryan are up in the air at this point, but for some reason Ryan has decided to hitch his proverbial horse to Sanchez.  While third string quarterback Greg McElroy played admirably last week, Sanchez is the right choice.  And, while this game does mark Tim Tebow’s homecoming to Jacksonville to some degree, the Jets need to see whether Sanchez has anything left in the tank and is the answer going forward.  Unfortunately, I don’t think the result of tomorrow’s game will be favorable for the Jets.  The Jaguars are one of the worst teams in the league in terms of overall record, but Chad Henne has shown the past few weeks that he can lead this offense and put up big numbers.  Expect the Jaguars to win big tomorrow and add more fuel to the Jets’ quarterback controversy fire.  JAGUARS