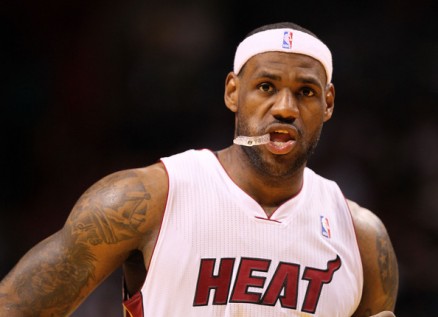 A person familiar with the decision told The Associated Press that James will be announced Saturday as this year’s winner of the award, and he will be formally presented with the trophy by commissioner David Stern on Sunday afternoon before the Heat host the Indiana Pacers in Game 1 of their Eastern Conference semifinal series.

This is James’ first MVP award as a member of the Heat; his two others coming when he was with the Cleveland Cavaliers back in 2009 and 2010.

James averaged 27.1 points, 7.9 rebounds and 6.2 assists — making him only the fourth player with those totals in at least two different seasons, according to STATS LLC, joining Oscar Robertson (five times), John Havlicek (twice) and Bird (twice).