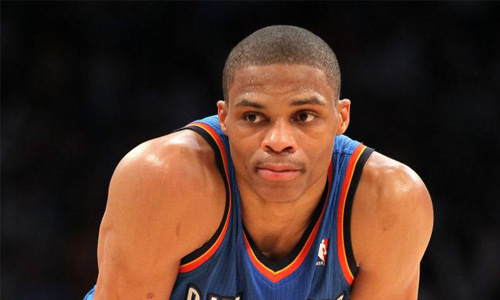 Oklahoma City Thunder point guard Russell Westbrook will undergo surgery to repair a torn meniscus in his right knee and is out indefinitely.

Westbrook, who in his five NBA seasons has never missed a game, was injured in the Thunder’s Game 2 win over the Houston Rockets on Wednesday night when Rockets rookie guard Patrick Beverley lunged into him trying to make a steal in the second quarter.

Westbrook has averaged 24 points over the first two games of this series, both wins by Oklahoma City.  Westbrook remained in the game Wednesday but was clearly hurting after the injury.  He sat out the Thunder’s practice on Thursday before the Thunder’s medical team and specialists determined that surgery was required.

Game 3 is Saturday night in Houston.