Last week, we got a great new poster for Iron Man 3 featuring Don Cheadle as War Machine/Iron Patriot.  Today, we get a new poster featuring one of the film’s villains, Aldrich Killian (played by Guy Pearce).  We haven’t seen much of Pearce’s villain except for a brief glimpse in the trailer.  We do know that his character, Killian, developed something called the Extremis nanotech serum in an Iron Man story arc back in 2005, and that aspect of the character has been incorporated partially into the film.  It’ll be interesting to see how that plot point drives the movie. 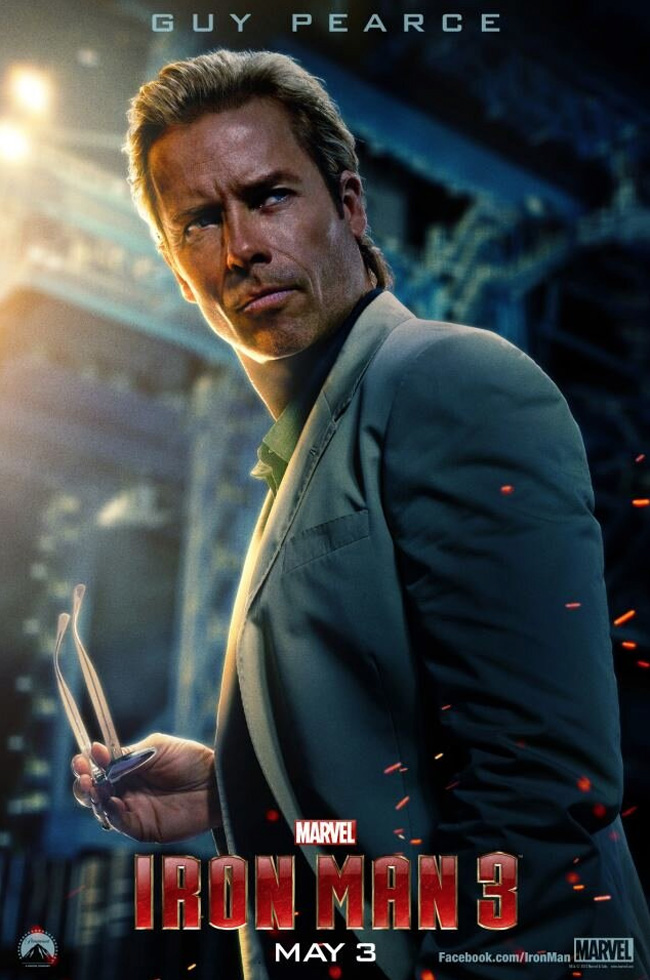