CBM has posted a few pictures from the set of the Kent Farm in MAN OF STEEL.  Nothing too super (pun only half intended) but we get a look at Henry Cavill’s red Superman cape (sans the gold ‘S’ shield on the back) and Michael Shannon wearing a motion capture suit, which of course implies his General Zod suit will be via CG added in post.

I like the idea of having Zod’s suit be CG because after all, he IS from an alien world, so why not make it look like he is?  I always thought Terrance Stamp’s costume in SUPERMAN II was, I don’t know, bad?  I’d heard speculation that Superman’s costume was going to be CG, too, but I’m glad they’ve decided against it.

Check out the photos below. 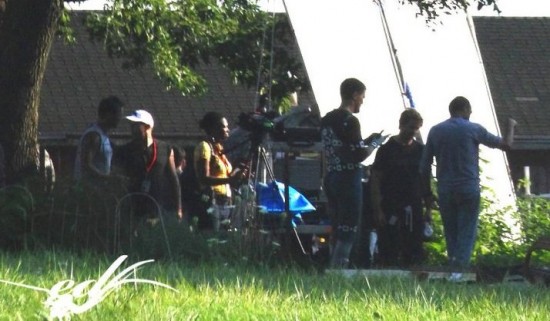 Michael Shannon as General Zod in MAN OF STEEL