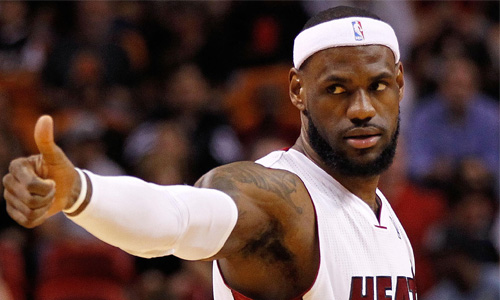 Tell me if you’ve heard this one before: LeBron James will be named the NBA MVP.

James will win his second straight MVP award, and fourth in the past five years.  He now joins Michael Jordan, Wilt Chamberlain, Bill Russell, and Kareem Abdul-Jabbar as the only players to win at least four MVP awards.

James and the idle Miami Heat won their first round playoff series against the Milwaukee Bucks and will face either the Brooklyn Nets or Chicago Bulls in the second round of the conference semifinals beginning Monday in Miami.