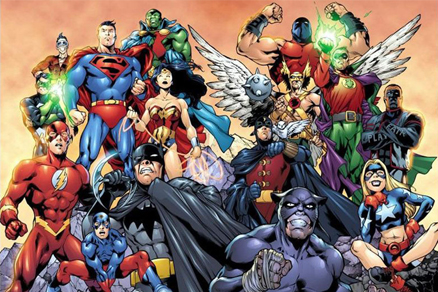 According to Latino Review, the same site that first reported that Darkseid would be the villain in Justice League, the script for the Justice League movie–being written by Will Beale–will be based on the comics Justice League Of America #183-185.

Those comics feature Darkseid at his best.  In the story, first published in 1980, Darkseid attempts to destroy Earth with a giant ray blast in order to move his home world, Apokolips, into Earth’s place.  This story arc would be a great plot for a Justice League film since the only thing that could bring a group of superheroes together is a threat to the entire world, as we saw in The Avengers.

As great as the story sounds, I am still not fully on board with a Justice League movie.  This film sounds like it would make a nice animated feature, but live-action is another story.  Keep in mind, a lot of the characters in the Justice League aren’t the most well-known to fans outside of comics.  With characters like the Flash, Martian Manhunter, and even Aquaman, there needs to be some formal introduction and backstory for each character before we can really relate to them.  Granted, it’s unknown whether Manhunter or Aquaman will appear in this film, but given how disastrous Green Lantern was you would think DC and Warner Bros. would be more cautious in their approach with these characters going forward.  Regardless, it looks like Justice League is still aiming for a 2015 release.