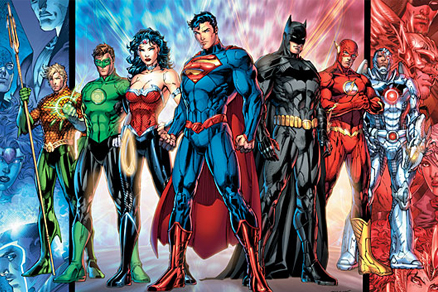 After Warner Bros. won a decisive legal victory this week against the family of Superman co-creator Joel Shuster, the studio announced plans to move forward with a live-action Justice League film and have targeted summer 2015 as a release date for the movie.

The announcement is an interesting one on a number of fronts.  First and foremost, it confirms the fact that, aside from Man of Steel, any new DC characters and films will be spun off from this movie, including the rebooted Batman.  It’s a bold move considering it is the exact opposite of the Marvel Avengers template, where the studio made individual films establishing each character before bringing them together in The Avengers.

The move also seems incredibly risky, considering 2015 is the same year Marvel is releasing The Avengers 2.  With all the negativity already surrounding the idea of a Justice League movie, why would Warner Bros. want to release the film just months after The Avengers 2?  From the people I’ve spoken to close to Warner Bros., they feel this move to make the film is one being made primarily out of fear rather than logic.  The movie has already been announced without a script or director attached, something that doesn’t instil much confidence in fans.

Marvel did it the right way.  They laid the foundation for The Avengers all the way back in 2008 with Iron Man.  They knew before that movie was even made what path they wanted their films to ultimately go down.  With Justice League, it seems like Warner Bros. is throwing every character together and saying, “Okay, you’re on your own.”  I doubt they are going to make a plan for each character and how they are going to spun off after Justice League.  It seems like a disaster just waiting to happen, and the unfortunate part about it is that it could destroy the chances of solo films for DC characters down the line.