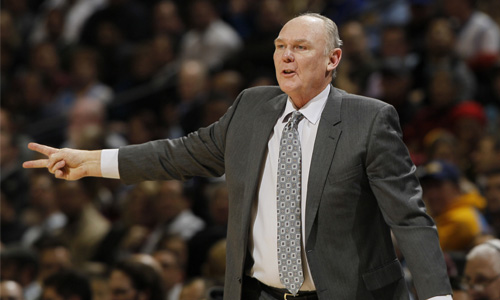 The Denver Nuggets have announced that NBA Coach of the Year, George Karl, won’t return to the team next season.

Karl, 62, was in the final year of his contract with the team and wanted an extension, something the Nuggets were unwilling to do.  Karl took to his Twitter account to thank Nuggets fans for their support:

“I want to thank Nuggets fans for their support over the past 8 yrs. The karma on the street was incredible. Denver will always be home,” he tweeted.

Karl’s departure opens the door for him to take the vacant head coaching job with the Los Angeles Clippers, and reports indicate their is mutual interest between the two parties to discuss the opening.  The Clippers chose not to renew the contract of head coach Vinny Del Negro after a disappointing first round playoff loss to the Memphis Grizzlies.

In his eight years in Denver, Karl amassed a regular season record of 423-257, which included three division titles.  Karl went just 21-39 in the playoffs, however, including a surprising first round upset this postseason to the Golden State Warriors.