It may not be the most telling of photos, but here is our first look of Jesse Eisenberg as Lex Luthor in “Batman v Superman: Dawn of Justice,” courtesy of Entertainment Weekly.

For the better part of a year people have been wondering whether or not Eisenberg’s Luthor would be sporting the iconic bald look he’s become known for. Some theorized Luthor would have hair early on in the film and lose it during the course of the movie. That may still be the case, but this picture gives us a look at just the bald Luthor. If you look closely at his clothes, it almost looks like he’s wearing a prison uniform (is this a mug shot, perhaps?)

It’ll be interesting to see what our first live-action look of Luthor will be like when the trailer drops in May. 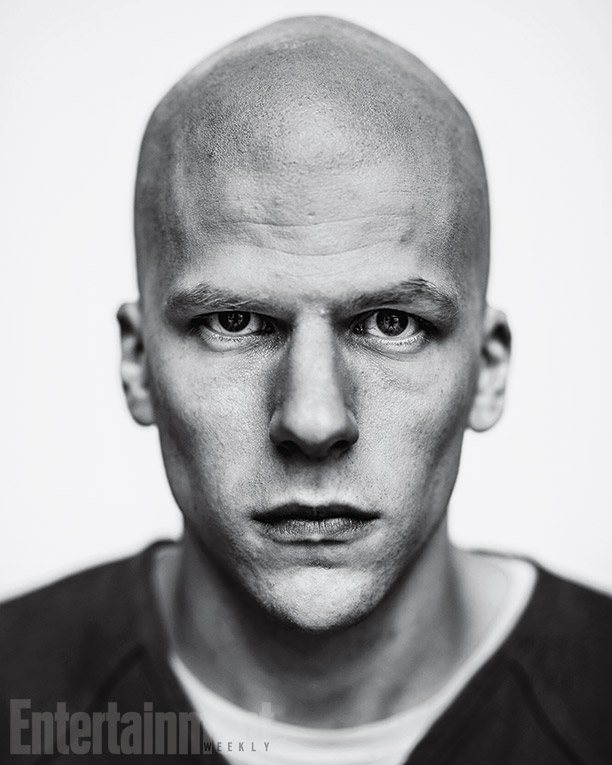