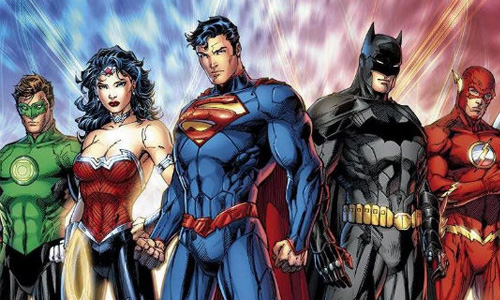 With Man of Steel just a few days away from release, the buzz so far has been extremely positive.  So much so in fact that Warner Bros. has already gone ahead and fast tracked the sequel, with David Goyer returning to write and Zack Snyder returning to direct.  Christopher Nolan will also return as a producer but in a smaller role.

While the announcement of a sequel seemed inevitable, today’s news may be a bit more surprising, and exciting.  It is being reported by Deadline that Goyer has ” a huge 3-picture deal he signed at Warners Bros for Man Of Steel, the sequel, and Justice League with Superman.”

Goyer reportedly confirmed the news at the New York premiere of Man of Steel, telling the Cosmic Book Movie:

They’ve got a little kryptonite pellet embedded in my heart and if I say anything it will explode, but I would be a very rich man for all the times I was asked that question. It all depends on how the [Man of Steel] does. I would love to see a Justice League film, absolutely. Put the Avengers on notice.

The news that Goyer could pen Justice League is great on a number of fronts.  First, we know that Warner Bros. has been desperately searching for a replacement after they chose to scrap Will Beall’s script the other month.  Second, Goyer has experience with these worlds, having written The Dark Knight and Man of Steel, so he knows how to ground characters in reality.  It’s always a challenge finding that balance between “real” and “comic book” but Goyer has shown he can handle both.

Goyer also knows about the importance of further developing Superman before throwing him into a Justice League film.  He was quoted as saying that making a Justice League movie after Man of Steel would be like making The Avengers after Tony Stark left the cave.  Superman needs more time to develop, and you can be certain that Man of Steel 2 will set the stage for the superhero team up film.