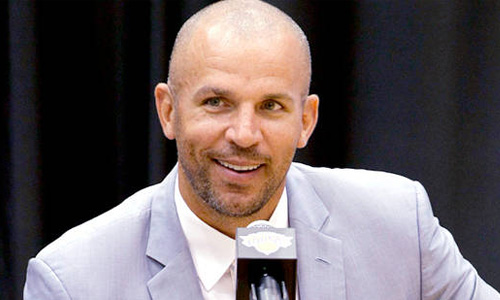 ESPN is reporting that the Brooklyn Nets have chosen Jason Kidd to be their next head coach.

Kidd, 40, retired a little over a week ago after 19 seasons in the NBA.  He’s considered one of the best point guards in league history and ranks second in all-time assits behind John Stockton at 12,091.  Kidd played for the Nets from 2001-2008 when the franchise was still in New Jersey, and led the team to two NBA Finals appearances in 2002 and 2003.  He won a championship with the Dallas Mavericks in 2011.

Despite his impressive player resume, however, Kidd has no prior coaching experience, but was able to convince Nets owner Mikhail Prokhorov that he was the right man for the job.  The Nets also interviewed Indiana Pacers assistant coach Brian Shaw on Wednesday, but it appears that Kidd is the choice.

The Nets finished the regular season with a respectable 49-33 record, but were eliminated in the first round of the playoffs by the Chicago Bulls in seven games.  After the first round exit, the team chose not to bring back interim head coach P.J. Carlesimo, who replaced head coach Avery Johnson just 28 games into the season.