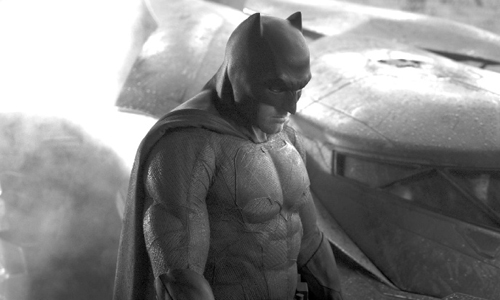 UPDATE: Christmas came early, kids! Zack Snyder just posted a teaser for the IMAX event, which gives us a great new look at the Batsuit. Check out his tweet below, followed by the original story.

In case you missed it…

ORIGINAL STORY: Ever since Ben Affleck was cast as Batman in Zack Snyder’s “Batman v Superman: Dawn of Justice” back in August of 2013, people have been wondering what Affleck’s Batman will look like in action. Well, we may not have to wait much longer.

Director Zack Snyder is going to drop five seconds of footage on his Twitter account tomorrow at 9am PST, and then fans will be given the chance to sign up online to see the trailer in select IMAX theaters on Monday, April 20, according to a report from Variety.

It’s been a long time coming, and the fact that DC has pushed up the release of the trailer by almost a month (given the fact that it was going to premiere in front of the Warner Bros. picture “Mad Max: Fury Road) shows that DC has enough faith in this project to put it up against the media firestorm surrounding Marvel’s “Avengers: Age of Ultron.”

Check back tomorrow for the teaser footage, and be prepared Monday for some in depth trailer analysis.

Colin J. Liotta is the co-founder and Editor-in-chief of The Sports Hero, and believes Boston native Ben Affleck will crush it as Batman.