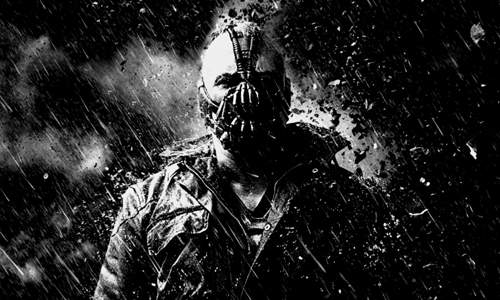 When the lights went out at the Mercedes-Benz Superdome on Sunday during the Super Bowl, the Twitter-verse was abuzz over what, or who, could be the cause of the blackout.  One of the more popular and funny tweets was the idea that Bane was responsible, given that in The Dark Knight Rises he blows up a football field moments before revealing himself–and his atomic bomb–to the people of Gotham.  Well, it looks like the people over at Funny or Die thought the same thing.  Check out the video below.  Hilarious.