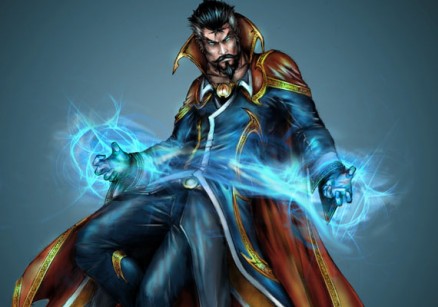 How’s this for a story to start your Monday?

/Film is reporting (via ScreenRant and The Playlist) that rumors on the Twitter account of Roger Wardell have suggested the Viggo Mortensen is in talks to appear as Dr. Strange in Thor: The Dark World.  While these are just rumors, it is fun to speculate about the possibility of this being true.

We’ve known for quite some time that Marvel does have plans to make a Dr. Strange movie at some point down the line and have him be a part of the ever-expanding Marvel Universe.  It may seem strange (pun intended) for some to hear his name come up in casting rumors for The Dark World, given that Dr. Strange’s powers are mostly magical and we know little about his origin at this point, but given what we’ve seen in the Marvel films so far and how carefully they’ve crafted films and characters that include magic, most notably Thor, it makes sense to have him first appear in a Thor film.

I personally think Mortensen fits the role quite nicely, but would also love to see someone like Guy Pearce take on the part.  Whether this rumor turns out to be true or not remains to be seen, but here’s hoping it’s true.