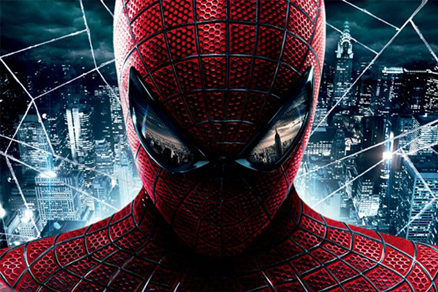 I don’t know a single person who wants to see The Amazing Spider-Man.

This is not hyperbole. I know plenty of people who want to see Ted, a few who want to see Brave, and hell, my Facebook feed is riddled with young ladies raving about Magic Mike. But nobody cares about the new Spider-Man. It’s not because my friends don’t like comic books or superhero movies; a disproportionate percentage of them obsess over exactly that kind of stuff. (You may have noticed this website’s distinct lack of coverage.) I can clearly recall how excited many of us were to drive out to the movie theater in Lawrence, Mass. (right across from the Denny’s where prostitutes would hang out… or so I’ve heard) for 2002’s Spider-Man, and how pumped we were for Spider-Man 2 that we reconnected to discuss its greatness.

How could the reboot of a once-proud franchise inspire no reaction in its target audience? There are two simple reasons. First, it doesn’t look good. More  importantly, its timing is horrendous.

On the quality front, I’m not saying that the Spider-Man reboot looks aggressively bad. It seems fine enough, but that’s only going to inspire me to watch it on HBO in 6 months. Months ago, whispers started to leak out that Columbia Pictures thought the movie was a flaming bag of feces. Admittedly, those complaints came out long enough ago that some of the problems could have been addressed, but no matter how hard you try to shine up shit, it’s not turning into gold. All that shining may be detrimental anyway – I tend to like my entertainment products to have a singular creative vision, or as close to that as possible. I’d rather watch something flawed and interesting than something that’s focus-grouped until it’s meaningless.

Internal leaks aside, none of the pre-release footage elicits any reaction. The writers were aware that if you’re rebooting a franchise, you can use characters from the last one, right? In terms of Spidey villains, The Lizard isn’t terrible, but he’s not good, either. Notice a theme? Just because Sam Raimi was going to use him for Spider-Man 4 doesn’t mean you had to keep him on for this one. You had a fictional world at your fingertips and you chose to go with a Level 1 Boss.

Similarly, Andrew Garfield could be a decent Peter Parker, but the casting of Tobey Maguire was inspired, and this is just sort of there. Did anyone watch The Social Network and say, “Hey, you know that guy who’s not as good an actor as Jesse Eisenberg, but not as bad as Justin Timberlake? Let’s hand over a franchise potentially worth billions of dollars to that guy.” Again, none of these decisions was an abomination, but if you add up enough mediocre ones without any brilliance interspersed, you’re left with a mediocre movie.

As I said, though, the timing of this release is the bigger problem. A movie’s quality is only tangentially related to its financial success, especially a summer blockbuster that needs a strong opening weekend to have any hope of making a return on its investment, but the existence of some kind of demand or anticipation for such a film is paramount.

The superhero film franchise has been a boon to Hollywood this millenium, but it is a fairly recent phenomenon. Indeed, there is only one useful comparison to Spider-Man’s current situation: Batman. The similarities are striking. They both start with a solid origin/introductory story, their first two films are in the good-to-great range, and then there’s a steep drop-off that leaves a bad taste in the viewer’s mouth. Batman, however, both allowed itself some downtime and came back with a significantly different take on the material. Sixteen years passed between “Batman” and “Batman Begins”, compared with ten for “Spider-Man” and “The Amazing Spider-Man”. Not all years are created equal, though, and the advances in filmmaking from 1989 to 2005 dwarf those from 2002 to 2012. The gaps are similar in terms of their last good movie. The space from “Batman Returns” in 1992 to “Batman Begins” in 2005 is only five years greater than that between “Spider-Man 2” and “The Amazing Spider-Man”, but again the quantity and quality of those years is significant.

Finally, there’s the issue of that terrible final movie (or two) that potentially ruins a great character and needs to be wiped out. Batman was lucky enough to

have two of these: 1995’s Batman Forever, which was pretty bad, and the horrendous Batman and Robin in 1997, which included all those terrible Mr. Freeze jokes that The Simpsons managed to presciently parody in the early 90’s. I’d argue that 2007’s Spider-Man 3 is closer to Forever than Robin, but all can agree it was a marked decline from its predecessors. In addition to the bizarre decision to have black-suit Spider-Man become a weird emo hipster rather than an actual, interesting, morally contaminated character, they also completely wasted Venom, perhaps the coolest of all characters in the Spidey-verse. This also happened with Bane in Robin, but he’s not quite as interesting a character as Venom. An argument could be made that Two-Face was victimized by this in The Dark Knight, but his character arc was decent enough. While the magnitude of their suckitude can be debated, it’s clear that a fresh start was needed to reinvigorate these franchises. I just don’t think this one works.

Tim Burton’s take on Batman was his take on every other movie he makes: life is dark, but there’s a surreal humor lurking underneath. In the late 80’s and early 90’s, this was still reasonably fresh, and provided a nice transition from the hilarious TV version to the screen. Joel Schumacher’s vision, unfortunately, was to combine the campy Adam West version with Michael Bay, and it was largely disastrous. I’m surprised there wasn’t a scene of The Scoutmaster doing the Batusi, followed by HUGE ‘SPLOSIONS! I might have enjoyed that, but instead we got nipples on the batsuit. While those last two movies were bad, there was an easily identifiable and fixable problem with them.

In the space between the previous two Batmans and Nolan’s versions, comic book movies were revolutionized and had become increasingly marketable. From Robin to Begins the following came out: X-Men, X2, Spider-Man, Spider-Man 2, Blade, Blade II, Blade Trinity, Daredevil, Ang Lee’s Hulk, Punisher, Steel, and Catwoman. While the last six members of that list range from bad to “DEARGODNO”, the first six are excellent. Significant advances in CGI were evident, and audiences were receptive to a broad spectrum of styles. In comparison, between the third Spidey and this one, we got the likes of Ghost Rider,

Jonah Hex, Green Lantern, Fantastic Four: Rise of the Silver Surfer, Punisher: War Zone, another Incredible Hulk, and X-Men Origins: Wolverine. Yes, in that time we also got Iron Man, which was obviously great, but that was mostly for Robert Downey Jr.’s performance as an alcoholic billionaire playboy, so I’m not sure how that relates to Andrew Garfield. There was also Watchmen, which proved that trying to recreate a comic shot-for-shot is a mistake, and that for all of Alan Moore’s complaining, he’s sometimes right. Otherwise, you had the various other Avengers in their movies, and the solid, if unspectacular, X-Men: First Class. These movies were all pretty good, but none of them created a new template for movie making in the ways that the X-Men, Spider-Man, and Blade movies did.

There’s also this: If you’re going to reboot a franchise, it needs to have a different vision. For Nolan, there was a logical way to do this: take it even darker than Burton did, and remove the silliness. This made sense for Batman, and while it could have ended up boring and self-important, it worked. The new Spider-Man looks darker than the previous trilogy, I guess, but is there a reason for that other than it’s what’s popular right now? Also, we didn’t need another origin story. Just get to the point, already. If, instead of this, they had decided to re-do the Venom story, with Venom as the anti-hero protagonist and Spidey as his antagonist, I would be there on opening night. Supposedly, this project is in progress, but I am worried that they’re intertwining it with this current Spider-Man storyline.

If, as rumored, Columbia needed to release a new movie so their rights didn’t lapse, they could have presumably still done so with a Venom movie, and all would be well. Instead, we got this. I forget where I heard it, but someone once said, “With great power comes great responsibility.” To all those responsible for this movie, you might break even or turn a profit, but you clearly did not use your power wisely. My this-movie-sucks sense is tingling.