THE DARK KNIGHT RISES SPOILERS: In Nolan We Trust

Filming of THE DARK KNIGHT RISES, Christopher Nolan’s third and final installment in his Batman trilogy, is in full swing on the streets of Pittsburgh.  What’s been most surprising isn’t the lack of information coming out of Pittsburgh, but the unprecedented amount of set photos and spoiler videos that every kid and his grandma seem to be capturing with a cell phone. 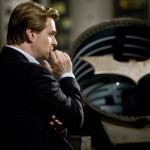 close to this amount of spoilers leaking out during filming of THE DARK KNIGHT back in 2007?), the man has earned the benefit of the doubt when it comes to putting a movie together.  Which has led me to begin to wonder whether some of the information coming out is nothing more than pieces of an elaborate misdirection campaign by Nolan and his team.  Keep in mind, the budget for BATMAN BEGINS was $150M and THE DARK KNIGHT was $185M.  THE DARK KNIGHT RISES has an estimated budget of $250M. GREEN LANTERN, a film comprised almost entirely of CGI effects, was (only) $200M, with another large chunk of money put out for marketing.

It would stand to reason, however, that Nolan and Warner Bros. wouldn’t need to use a substantial amount of the budget towards marketing, since they could pretty much release this film in the middle of Siberia in the dead of winter and still break box office records.  Is it possible that part of that budget is going towards filming scenes that are actually intended to throw people off?  Right now, there doesn’t seem to be any restrictions when it comes to extras snapping photos from the set, but I have to believe Nolan has something up his sleeve.  After all, this is the man who has taken drastic measures to ensure the script doesn’t leak online.

In an interview with MTV, Gary Oldman, who will reprise his role as Commissioner James Gordon, said of accessing the script for TDKR, “To get into the production office you have someone meet [you] and there’s a key for various doors that lock. The script, you read in the production office, and there’s no ending to the script.  He tells you the ending so it doesn’t leak and get out and people spoil it on the Internet. It’s very tight security.”

The tight security surrounding the script doesn’t appear to be translating over to the set in Pittsburgh, however, where security on set to prevent freelance photographers from photographing production seems to be almost non existent.

Despite this, one cast member doesn’t seem too worried about it.

In a recent interview with Shockya, Anne Hathaway, who will be playing the role of Selina Kyle/Catwoman in TDKR, acknowledged that while the stills that are leaking online are a bit frustrating for the cast and crew because, according to her, they undercut the work they’ve done, she was quick to point out that it’s not ruining the move:

“No, no one’s nervous about it. I mean, honestly, like, wait till you see this movie. Chris is doing insane things in it. And it’s gonna be 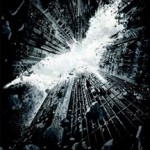 marvelous and it’s gonna be way beyond what anyone imagines that it could be. You can’t imagine the things that he’s doing, at least I couldn’t until I read the script and I was like, ‘You’re really? Okay, you’re going there!’ And it’s Chris Nolan; even the picture that he released of me, that’s not  everything. That’s like a tenth of what the catsuit is. And I’ve got to say, I find it frustrating and I know he finds it frustrating, but I also think that he’s having fun with it, kind of like spooning out secrets. He has a lot more control than you think.”

For a guy who decided that Heath Ledger was the perfect fit to play Joker, I feel fairly confident Nolan knows what he’s doing.