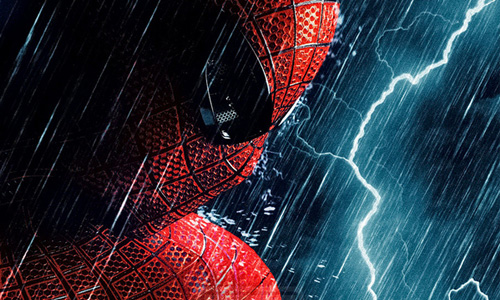 Sony Pictures has a lot of confidence in the new Amazing Spider-Man franchise apparently.  While the studio is currently still in production on The Amazing Spider-Man 2, which is slated for release May 2, 2014, they have already gone ahead and announced the release dates for two more sequels.

It’s a bold move by the studio since the success of The Amazing Spider-Man 2 will have a great effect on the public’s desire for two more sequels, but Sony seems confident that their superhero franchise can be a summer tentpole for them going forward.  We’ve also heard rumors that director Marc Webb may have a greater story mapped out for Spidey, which would include an appearance by the Sinister Six, so two more sequels may be needed to tell/develop that story.

Check out the official press release from Sony Pictures below.

CULVER CITY, Calif., June 17, 2013 – With Sony Pictures Entertainment now in production in New York on The Amazing Spider-Man™ 2, slated for release on May 2, 2014, the studio is planting its flag on two future release dates for one of the most successful franchises in studio history, it was announced today by Jeff Blake, Chairman, Worldwide Marketing and Distribution for Sony Pictures. The next two films in the story of Peter Parker will be released on June 10, 2016, and on May 4, 2018, respectively.

Commenting on the announcement, Blake said, “Spider-Man is our most important, most successful, and most beloved franchise, so we’re thrilled that we are in a position to lock in these prime release dates over the next five years.”

The Amazing Spider-Man 2 is directed by Marc Webb from a screenplay by Alex Kurtzman & Roberto Orci & Jeff Pinkner, with a previous draft by James Vanderbilt, and based on the Marvel Comic Book by Stan Lee and Steve Ditko. Avi Arad and Matt Tolmach are the producers. The executive producers are E. Bennett Walsh, Stan Lee, Alex Kurtzman, and Roberto Orci.

The Amazing Spider-Man took in over $750 million at the worldwide box office last year.