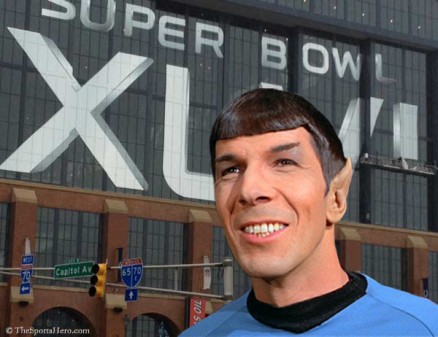 Greetings, readers.  It’s that time of year again.  After a long and brutal season we’re left with just two teams: Giants and Patriots.

Today marks the beginning of a week full of festivities, heated debates, and of course, drunken (yet safe) debauchery, something you humans seem to take great pleasure in.

At the end we’ll be rewarded with a rematch of Super Bowl XLII, meaning this matchup is as good as it gets in terms of pregame hype.  The story lines are abundant, and the game itself is sure to be a memorable one, regardless of the outcome.

Both the Giants and the Patriots come to Indy with momentum seemingly on their side.  New York has won five straight games including big wins at Lambeau Field against the Packers, and at the Stick over the 49ers.

New England has reeled off 10 straight wins, their last loss coming against the Giants in Week 9 in Foxborough.  Despite having the 31st ranked defense in the league this year, New England’s D-line came up big in their win against Baltimore in the AFC Championship game.  The victory over the Ravens also marked the Patriots’ first win against a team with a winning record this season, something they’ll look to continue come Sunday.

Revenge, Destiny, and Fate are terms you will likely hear all week long.  Being a Vulcan, however, we dispel such terms in favor of a far more practical one: Logic.

It’s important to remember that the extra week of time between the Conference Championship games and the Super Bowl only increases one’s emotional attachment to the players and storylines surrounding the game.

Fortunately for me, and for you, I’m able to rise above that and provide all the reason and logic you’ll need to maintain your (practical) excitement up until kick off.

Take a look below at my dailies itinerary for this week:

TUESDAY – Top 3 Reasons Why The Patriots Will Win

WEDNESDAY – Top 3 Reasons Why The Giants Will Win

So, readers, be sure to check back tomorrow as I start us off on the road of anticipation leading up to Super Bowl XLVI.