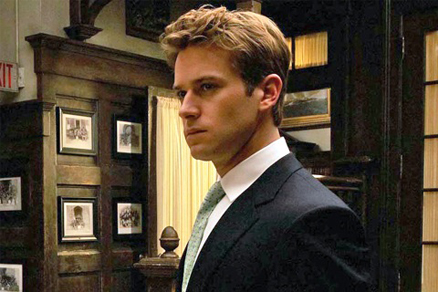 Back in 2007, before the Writers Strike, Warner Bros. greenlit a Justice League movie that was within days of shooting before it got shut down in Australia.  That film never made it to the big screen, and considering the lineup of virtually unknown actors playing the parts at the time, coupled with Christopher Nolan’s displeasure with Warner Bros. for introducing another Batman after he had just saved the franchise with Batman Begins, I think we can all be thankful the plug got pulled.  But now, five years later and after the massive success of Marvel’s The Avengers, Warner Bros. is once again hellbent on making a Justice League movie.  While the move seems to be one made primarily out of fear, the studio is nonetheless moving forward, determined to introduce an array of their DC characters to the world in a JL movie first before spinning them off into separate franchise films.

In 2007, the relatively unknown Armie Hammer was cast to play Batman/Bruce Wayne and I remember looking at his IMDb profile and seeing the only noticeable credit to his name, or at least the only one I cared about, was his brief appearance in an episode of Arrested Development.  I hated the thought of an unknown kid, then just 21 years old, donning the cape and cowl that had already been rightfully awarded to Christian Bale.  But, five years later, with Warner Bros. set to make a Justice League movie again, /Film (via Moviehole.net) is reporting that Armie Hammer’s name has once again been circling around Warner Bros. as the man they’d like to see take the Batman franchise into the future.  All of this talk right now is of course pure speculation, given the fact that there is neither a script nor director attached to the film.  It’s safe to say that pre-production is still a long way off, but casting rumors are sure to keep coming up in the months ahead, so take this news with a grain of salt.

I personally am still on the fence about Hammer as Batman.  Don’t get me wrong, I think he is a talented actor with a bright future, and I can’t wait to see him next summer in The Lone Ranger, but as Batman, I’m not sure.  He seems too refined and put together.  Batman has to have an edge to him and I’m not convinced Hammer can pull that off yet.  Then again, it’s only a rumor at this point, but as /Film rightfully pointed out, if Warner Bros. liked him in 2007 when he was an unknown, they’re sure to love him even more in 2012 now that he’s a bona fide star.

Check out the video below from 2010 when Hammer talked to MTV about the failed Justice League movie.