Rumor: Tyler Hoechlin to be the next Batman? 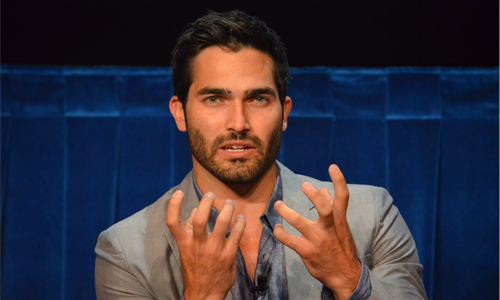 According to Cosmic Book News, Teen Wolf star Tyler Hoechlin is set to screen test alongside Henry Cavill for the role of Batman in the upcoming Batman vs. Superman/Superman vs. Batman movie, set for release in 2015.

Zack Snyder, who will direct the film, announced at Comic-Con 2013 in San Diego last weekend that the movie would draw inspiration from Frank Miller’s graphic novel The Dark Knight Returns.  In that story, a 55-year-old Bruce Wayne comes out of retirement to fight crime once again.  While it’s a certainty that Warner Bros. is not going to cast a 55-year-old, it is a bit surprising that a 25-year-old actor is in the running.  I would have thought Warner Bros. would have wanted an actor a little older and maybe bigger.  Hoechlin, like former Batman Christian Bale, is only 6’0″.  If Batman is going to go up against the likes of Superman and perhaps Darkseid in a Justice League movie, you may want a guy with a little more size.

Hoechlin certainly has a charismatic look, and his work on Teen Wolf is admirable, but I’m not convinced that he can carry a franchise as big as Batman.  Yes, Cavill was a relative unknown before Man of Steel, but he had more acting experience in bigger roles.

Hold your breath comic book fans, this could get interesting…