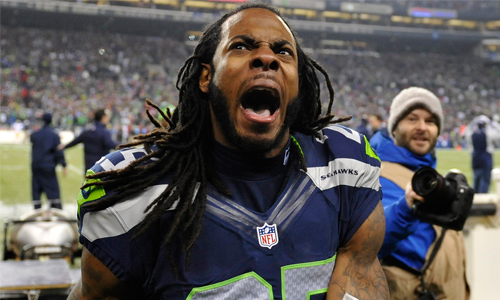 Richard Sherman, the outspoken cornerback of the Super Bowl Champion Seattle Seahawks, has signed a record four-year extension that will make him the highest paid cornerback in the NFL.

The deal is a four-year, $57.4 million contract extension, with $40 million guaranteed.  The average salary of $14 million dollars is well above the $12 million that Darrelle Revis is making with the New England Patriots.

Locking up Sherman completes a busy offseason for the Seahawks in which they re-signed both defensive end Michael Bennett and safety Earl Thomas.  With the core of their defense coming back, the Seahawks seemed poised to contend for more titles in the years to come.  Signing Sherman to an extension was huge for Seattle because it not only allows them to keep their “Legion of Boom” core together, but the front office can now focus on signing Russell Wilson to a contract extension.

It’s scary to think that this Seahawks team could be even better next year.