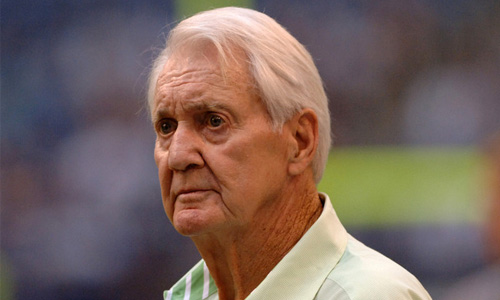 Broadcasting legend Pat Summerall, famous for calling NFL games with John Madden on CBS Sports and Fox, died today at the age of 82, according to Dallasnews.com.  Cause of death is yet unknown.

Summerall played 10 NFL seasons with the Chicago Cardinals and New York Giants from 1952-61.  His broadcasting career spanned 41 years up until his retirement in 2003.  He was inducted into the the American Sportscasters Association Hall of Fame in 1999.  During his broadcasting career he called 16 Super Bowls.