“In the pantheon of superheroes, Superman is the most recognized and revered character of all time. Clark Kent/Kal-El (Cavill) is a young twentysomething journalist who feels alienated by powers beyond anyone’s imagination. Transported to Earth years ago from Krypton, an advanced alien planet, Clark struggles with the ultimate question – Why am I here? Shaped by the values of his adoptive parents Martha (Lane) and Jonathan Kent (Costner), Clark soon discovers that having super abilities means making very difficult decisions. But when the world needs stability the most, it comes under attack. Will his abilities be used to maintain peace or ultimately used to divide and conquer? Clark must become the hero known as “Superman,” not only to shine as the world’s last beacon of hope but to protect the ones he loves.” 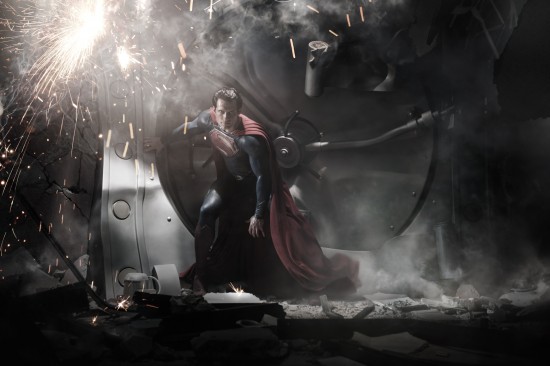 This pretty much confirms what we’ve heard from the beginning: a young Clark Kent will struggle with the decision about whether or not he should become Superman.

While it may sound like a basic superhero origin story, I’m excited to see this.  Christopher Nolan, who is producing, said that the script by David S. Goyer grounds the character in reality, which is saying something considering the kind of powers Superman has.  The reality I think he’s talking about is an emotional, human one.

The one thing that always bothered me a bit about Superman was that he seemed TOO perfect.  He has all these amazing powers and could just as easily enslave and control the planet, but instead he chooses to fights for us.  I’ve always wanted to see the personal struggle he goes through to reach to that decision, something Richard Donner’s film–as great as it was–never achieved.

Having General Zod (played by Michael Shannon) arrive on Earth and tempt Clark into joining him is a great way to create an emotional connection between Clark/Superman and the audience because it’ll make each of us question what we would choose to do if we were faced with the same situation.