Last week, it was announced that Danish actor Mads Mikkelsen would be playing the main villain in ‘THOR 2’.  Mikkelsen, best known for his role as Le Chiffre in ‘CASINO ROYALE’, is the perfect choice to fill the shoes of the next Thor baddie.  He’s got the look of a Norse villain, and on top of that, he’s a great actor.  While ‘ROYALE’ is his most famous film to date, he does have a strong body of work, including a great movie called ‘THE DOOR’, which I highly recommend you check out if you haven’t already seen it.  Mikkelsen has proven he’s a great actor, so he’s a welcome addition to the Marvel Universe.

However, the question still remains as to which villain he’ll be portraying.  We know Loki is going to be back, but I’m hoping he only has a minor role this time around since I feel it’s important for Marvel to establish another Thor villain and not always rely on Loki being in the film.

But just who is Mikkelsen going to be?

Let’s face it, Thor’s rogue gallery isn’t exactly as stacked and well-known as Batman’s.  Aside from Loki, the average person probably couldn’t name one, let alone two, other villains of Thor.  I have to admit, before ‘THOR’ came out last year, I couldn’t either.  But after seeing that film and ‘THE AVENGERS’ I started to look at Thor’s list of villains, hoping to get a better understanding of who we can expect to see in ‘THOR 2’.

So, here are three Thor villain’s I think Mikkelsen would be perfect as. 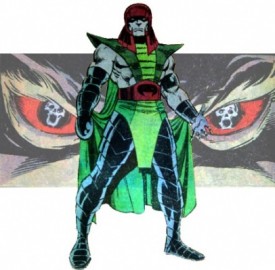 Seth is the Egyptian god of evil and death.  I know what you’re thinking: if Mikkelsen has the look of a Norse character why make him Egyptian?  Well, for one thing I actually see this as a perfect role for Mikkelsen.  Seth is a master of death and destruction.  He possesses superhuman strength, stamina, and agility (among other things) and has the power to manipulate forces of magic, mesmerize others, and turn himself into a giant serpent.  Even better?  His powers are said to rival that of Odin’s, with the capability of destroying entire galaxies.  If that’s not the definition of a supervillain, I don’t know what is. 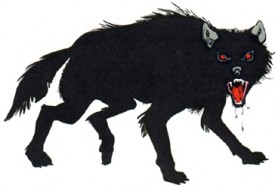 This is an interesting choice, but one that I think would translate well to the big screen.  While the Fenris Wolf doesn’t possess the same powers and abilities as Seth, he’d be a great choice for Mikkelsen.  In the comics, the Fenris Wolf is said to be the offspring of Loki and the giantess Angrboda, but Marvel could easily change this origin story for ‘THOR 2’ by having Loki cast a spell on someone, turning them into the wolf.  Mikkelsen has the look of a vicious killer, and the wolf’s relationship to Loki would allow Marvel to bring Thor’s bastard brother back into the fold.  While the wolf is strictly a wolf in the comics, it’d be great to see him reinvented as a werewolf-type villain in Asgard.  While he may not be as sexy and flashy a choice as other villains, he may be a good palate cleanser after all of Loki’s shenanigans.

Surtur is the villain I’m hoping Mikkelsen ends up playing.  In the comics, Sutur is a fire demon standing over 1,000 feet tall with a prehensial tail who is imprisoned by Odin and later freed by Loki, who hoped to use Surutr to take over Asgard.  I think Marvel has the chance to really mold this character to fit their universe.  Mikkelsen could portray a more human-looking version of Surtur, who, when he battles people, takes the form of the massive fire demon.  Mikkelsen could really bring some depth to this seemingly one-dimensional character, showing the resentment and fiery rage that comes as a result of being imprisoned for years and years.  And if that wasn’t enough for you, Surtur also uses the Sword of Doom, a magical weapon capable of manipulating vast amounts of energy.  It sounds like the perfect counterpart to Mjolnir, if you ask me.

Whether Mikkelsen ends up portraying one of these three villains or another one of Thor’s foes remains to be seen, but Marvel has proven they know how to handle the world of Asgard and the people (and creatures) within it.  And who knows, maybe we’ll finally see what realm the Red Skull teleported to at the end of ‘CAPTAIN AMERICA: THE FIRST AVENGER’.  Hey, with these Marvel movies, we come to expect the unexpected.  And that’s a good thing.