‘GUARDIANS OF THE GALAXY’ Trailer 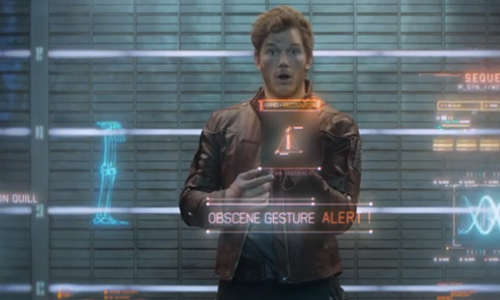 Here is the first trailer for James Gunn’s  Guardians of the Galaxy.  It’s the latest flick from Marvel Studios, and it’s amazing to actually think that this world and these characters exist in the Marvel Universe with heroes like Iron Man and Captain America.

I’ll be the first to admit that I’m not the most knowledgeable person when it comes to the Guardians characters, and when I heard that Marvel was developing this project I was highly skeptical.  It felt like they were reaching and trying to prove they could do no wrong, no matter what project they took on.  This first trailer, while comical in tone and high on visual effects, hasn’t captured my attention the way I was hoping it would.  I’m sure the next trailer will give a better insight into the story, but for a first trailer, I was a bit disappointed.   Take a look.