Golden State Warriors to add sleeves to their uniforms

For the first time in the NBA’s modern era (whatever the hell that means), a team will be adding sleeves to their uniforms.  The Golden State Warriors announced today that they would wear short-sleeve jerseys for three of their remaining home games this season.  They’ll debut the new uniforms on Feb. 22 against the San Antonio Spurs.

The uniform, made by Adidas, features “the first-ever super lightweight stretch woven short with maximum ventilation for player comfort. The jersey includes armhole insets with 360-degree stretch fabric that facilitates free range of motion for the arms and shoulders.”  Could this be a new trend for NBA teams moving forward?  Adidas sure hopes so.

I have to say, I don’t mind them too much.  They will certainly take some getting used to, but compared to some of the other horrendous uniforms the NBA has had over the years, most notably this one, they’re not that bad, even though they resemble soccer jerseys more than basketball ones.  I’m sure the players’ postgame opinion of the uniform on Feb. 22 will be a factor in determining whether these jerseys become a staple for NBA teams down the road. 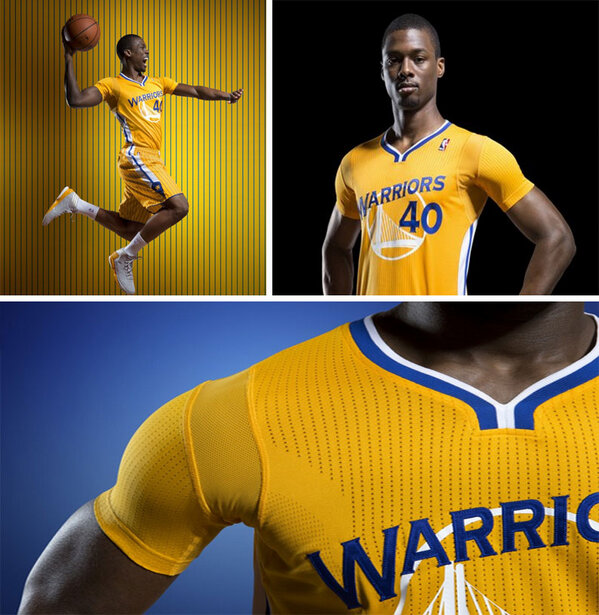