First photo of Ben Affleck as Batman in ‘BATMAN VS. SUPERMAN’ 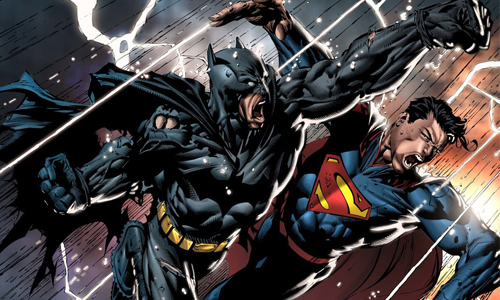 Since the announcement last August that Ben Affleck would be donning the cape and cowl in Batman vs. Superman, fans everyone have wondered what Affleck would look like in a batsuit, and more importantly, what would the new batsuit look like?

Well, today we have our answer.  Below is our first official look at Ben Affleck as Batman, standing in front of the new Batmobile, which we got a tease of yesterday.  First off, the Batmobile looks very much like Burton’s, but we know the back looks a lot like Nolan’s.  It should be cool to see it in action. 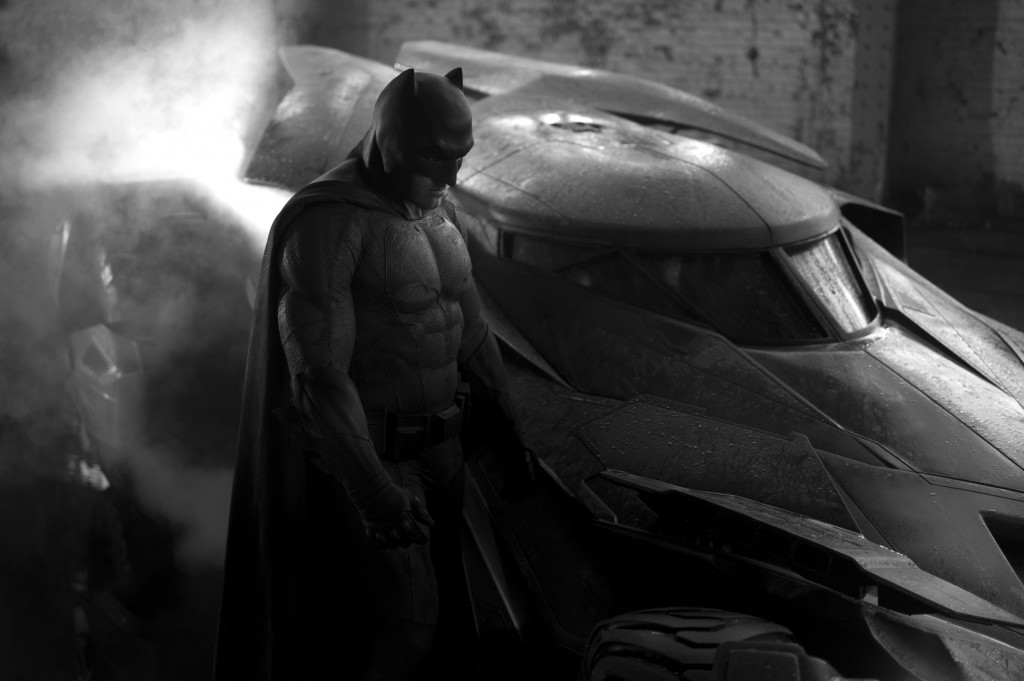 Now, onto the suit.  I love the small ears and new bat symbol, which definitely resembles that from Frank Miller’s comic The Dark Knight Returns.  As for the actual suit, I’m a little thrown off by it, even though I think it looks cool.  There is a lot of texture and weaving on it, which gives it an organic look and feel.  Maybe it helps stop knife attacks, but it doesn’t look very protective against bullets.  It’s a far cry from Nolan’s armor looking batsuit.

There’s also the issue of the cape and cowl, which look to be one and the same, which is fine, but the cape in close-up shots looks very heavy.  I wonder if it is able to expand and be used to fly like Bale’s was in Nolan’s trilogy.  I also feel the hype surrounding the suit caused me to be a just little let down by it.  Jennifer Garner said the suit was “a total reinvention”, and Kevin Smith apparently hugged Snyder when he saw the suit.  While it is cool, I’m wondering if the rumors are true about a second batsuit appearing, one that definitely looks more like armor.  Perhaps that one will warrant the hype.