Comic-Con 2014 brought lots of surprises, one of which was our first official look at Gal Gadot as Wonder Woman in Batman v Superman: Dawn of Justice.

The picture is fantastic, and has the classic look and feel of the Wonder Woman we all know and love.  A lot of people wondered whether or not her outfit would reflect the old look we are familiar with, or if it would be updated to have a more modern feel.  I think this picture answers that question.

What draws my attention most in this picture is not just her outfit, but the background.  It looks as though she is standing in the middle of a volcanic eruption.  Perhaps this is an indication that we will get a slight glimpse at her past and origin in this film.  With Batman and Superman being the two main characters in this movie, it remains to be seen how Wonder Woman fits into the story.  Hopefully, Zack Snyder and his team do her justice because it would be a shame for this costume to go to waste. 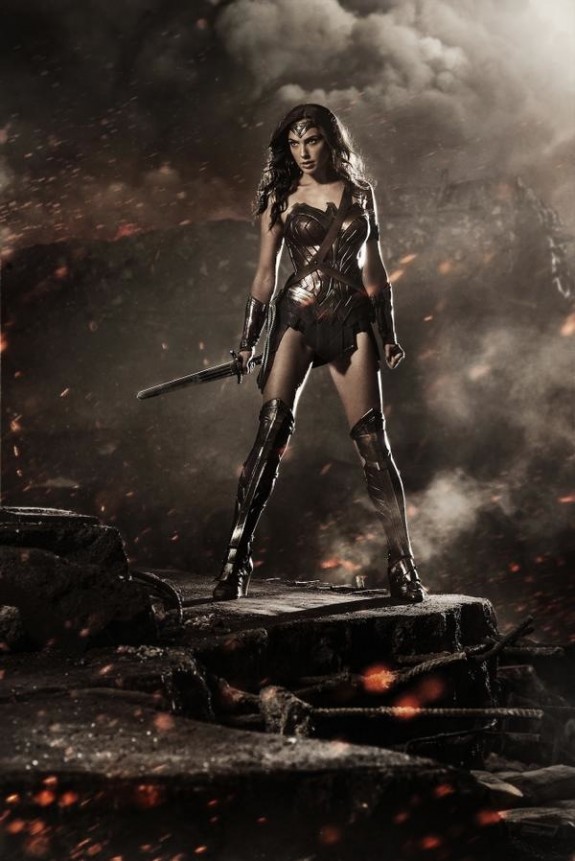