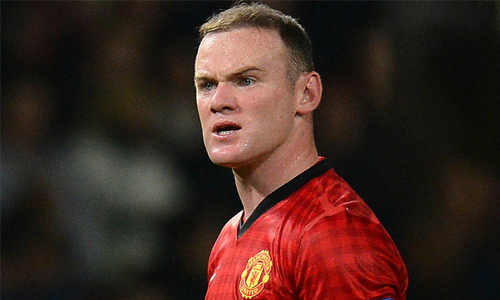 Wayne Rooney has been heavily linked with a move away from Manchester United, with Chelsea already making a bid. It surely is only a matter of time. Rooney is a top player but his attitude can cause some media frenzies and only certain types of managers can keep him on track. Rooney has been in great form for Manchester United playing in the role alongside Robin Van Persie in an adapted 4-2-3-1 system.

Rooney has a somewhat free role in and around the opposition box and his athleticism can carry the team when the game is getting away from them. Looking for a replacement could be tricky and may have to resort to buying a different type of player to make the fans forget this whole saga with Rooney.

The top 5 replacements could be:

Lavezzi is not a natural goal scorer and his goals to games ratio is not impressive for a forward but his will to win and pace gives him the edge to seek out his forward partner to claim the glory. Lavezzi has the ability to run past players like he was The Flash or maybe Usain Bolt. He can take players on and cause defences to sit a little deeper to cope with his pace and bull like manner in which he wins the ball back for the team. Rooney and Lavezzi are very similar in the presence they bring to the team.

Torres has become a shadow of his former self since joining Chelsea, yet the Spanish forward still has a lot to offer. He is a natural finisher and in a forward 2 he would score plenty of goals and would take over Rooney’s contribution of goals per season. Torres and Van Persie would be an excellent partnership and would bring out the best in Van Persie also. Van Persie can sit a little deeper and Torres can be the advanced forward. Torres would create space for Van Persie and also be a quality outlet for a killer pass which leaves him with only the keeper to beat. Torres would suit Man United and given the chance he would score a lot of goals.

Immobile is a young Italian forward and is more mature than his age of 23 would suggest. Immobile may be a little out there in terms of replacing Rooney, but if Man United want a long term replacement then a very similar player would be sufficient. Immobile plays in the same role as Rooney and plays in the same tempo. Immobile could offer something a little different as he can deploy a more advanced role if needed and play as the advanced forward.

De Jong is the current captain of a very successful and highly regarded Ajax team which has won the Eredivisie three years in a row. De Jong acts as a target man as he usually plays in the back to goal forward role but his talents are not just in holding the ball up; he is very versatile and selfless. De Jong brings decent goals to games ratio and consistently scores double figures for Ajax.  He is a team player and would set up a player rather than waste the chance. This is a true leader. By having a true leader in the squad and the versatility he would bring, De Jong would be an ideal replacement not only for Rooney, but a Van Persie long-term replacement.

The little Brazilian winger is a treat to watch as he can control the game by just doing the simplest things. He can also bring a huge amount of flair to the team. Rooney and Bernard are different in so many ways yet have the same effect. They both can control games with minimal effort, they can leave defences in a huge pile on the floor wondering just how he managed to get past them, they can produce something magical when the game needs lifting and can score goals from just about anywhere. Bernard would be an ideal player in free role and his slender build and height wouldn’t be affected in the Premier League.

These players would be ideal replacements for Rooney and give manager David Moyes a fresh view on things.

The Top 5 Replacements for Luis Suarez