BEHIND THE STEEL CURTAIN: Official Breakdown of the ‘MAN OF STEEL’ Trailer 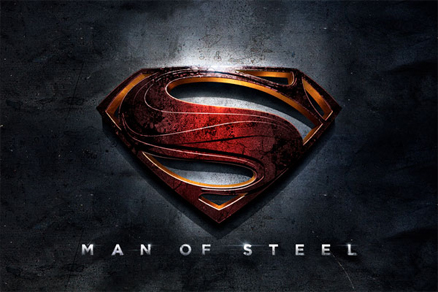 The official trailer for Zack Snyder’s Man of Steel hit the web today and it looks epic.  The trailer gives you a great idea of the scope of the film in terms of its action sequences, but you can also tell that this movie will be heavily focused on who Clark is as a character, and what his path to becoming Superman entails.

Here is my official breakdown of the newest trailer, including early theories on what some of the scenes represent.

0:13-0:17 – Elegy by Lisa Gerrard and Patrick Cassidy starts playing (the music throughout the trailer).  We see a shot of Clark floating underwater among wreckage—likely from an accident that happened on his fishing boat, which we saw him working on in the teaser trailer.  We hear a boy’s voiceover (VO), a young Clark say, “The world’s too big, Mom.”

0:47-0:50 – The bus has been lifted out of the water.  A girl looks to the back of the bus and sees a teenage Clark outside the bus, having presumably lifted it out of the water.  The woman’s VO continues: “He saw what Clark did.”

0:51-0:56 – A teenage Clark sits in the back of an old, blue pickup truck on the Kent Farm with the sun setting in the distance.  His father, Jonathan (played by Kevin Costner) says, “You have to keep this side of yourself a secret.”  Teenage Clark turns to him and says, “What was I supposed to do, just let them die?”

1:06-1:07 – Clark wandering around what is likely the Fortress of Solitude.

1:08-1:10 – Clark says, “I have so many questions.”  He is likely saying this to some holographic image of his father, Jor-El, played by Russell Crowe.  Remember that in the original Superman movie with Christopher Reeves, Clark visited the Fortress of Solitude and spoke with his father, played by the late, great Marlon Brando.

1:13-1:18 – We see Clark, now Superman, wearing the infamous red boots and red cape walking out in the snow, his cape flapping in the wind.

1:19-1:25 – Wide-angle shot of Clark from a distance in his Superman suit, the Arctic sun in the background.  VO from Jonathan Kent: “You just have to decide what kind of man you want to grow up to be, Clark.”

1:26-1:30 – Jonathan Kent VO: “Whoever that man is…”  We see a shot of Superman’s back as he looks out over the Arctic landscape.  We fade in on his face as he looks up at the sun and closes his eyes.

1:31-1:38 – Jonathan Kent VO: “Is going to change the world.”  We see Superman’s right fist on the ground as he rests on one knee.  The ground starts shaking, stones bouncing around him, pressure building.  (Reader jasvll rightfully pointed out that the new musical cue that begins here is Storm from Elizabeth: The Golden Age).

1:47 – Giant explosion, looks like Metropolis exploding.  If you look real close you can see someone in the debris.

1:48 – Fade in on Jor-El and his wife/Superman’s mom Lara Lor-Van (played by Ayelet Zurer).  Jor-El looks at her as she gently kisses the head of their infant son.

1:49 – Shot of a bearded Clark emerging from a fire, shirtless and unscathed.  (My wife always thought Henry Cavill was hot so this confirms it).  This scene likely ties in with these set photos.

1:50 – An explosion in space among what appears to be a ship.  This may be the scene where the ship carrying infant Clark is trying to escape from Krypton before it is destroyed.

1:51 – An outside shot of the Kent Farm with a spaceship—likely Clark’s—hovering behind a tree.

1:54 – Two people running as a building collapses behind them.  The man on the left looks to be Laurence Fishburne, who will be playing Perry White in the film.  White, of course, is the Editor-in-Chief of the Daily Planet newspaper where Clark works as a journalist.

1:55 – A woman watching an explosion in front of them.  Perhaps Superman’s mom.  This may be another scene showing Krypton’s imminent destruction.

1:56-1:57 – AND PRODUCER CHRISTOPHER NOLAN/DIRECTOR OF THE DARK KNIGHT TRILOGY

1:58 – Shot of a lake at either dawn or dusk.  A man in a boat casts a fishing net as a bright object falls from the sky.  I’m going to guess this is actually the scene where Zod comes to Earth.  Remember, Superman lands in Kansas as a baby, so the chances of there being mountains and a lake there are next to none.

1:59 – Quick shot of Superman being marched down a hallway in handcuffs accompanied by soldiers.  This is the shot from the latest Man of Steel movie poster.  We fade in on a bearded, shirtless Clark screaming as he attempts to lift something while a fire roars behind him.  Again, this likely takes place on the fishing boat.

2:00 – Superman flies down the side of a building and collides with someone, likely Zod or one of his soldiers.

2:01 – A giant spaceship emerges from an explosion.  Based on what the spaceship looked like in the Kent Farm scene (at the 1:51 point of the trailer) it is likely another shot of Clark’s ship leaving Krypton.

2:03-2:04 – Jonathan Kent kisses the head of a young Clark.  We then fade in on an older Clark holding a young girl as a tornado rages in the background—we are in Kansas after all.

2:05-2:09 – Clark VO starts: “My father believed, that if the world found out who I really was, they’d reject me.”  We see a series of shots, beginning with a picture in an album of a young Clark at a science fair with Jonathan Kent.  We see Superman standing in the doorway of the Kent Farm hugging his mother.  We then cut to a quick shot of (presumably) Superman flying alongside a beam of light towards a bright portal.  This could very well be a scene involving the Phantom Zone.  We get a close up shot of Superman’s suit, and then cut to Superman crashing through a door and into a giant safe.

2:10-2:14 – Clark’s VO continues: “He was convinced that the world wasn’t ready.”  We see a wide-angle shot of soldiers in hummers on a runway in what looks to be the desert.  All eyes—and guns—are aimed towards the end of the runway where Superman is standing with Lois Lane (played by Amy Adams).  We cut to Superman looking at Lois and then the two grabbing hands.

2:15-2:18 – Soldiers aim their guns among a heap of rubble as Superman’s boots step into view.  Clark’s VO concludes: “What do you think?”

New poster for ‘Man of Steel’