A CLIPPER ADRIFT: The Misfortune of the Clippers 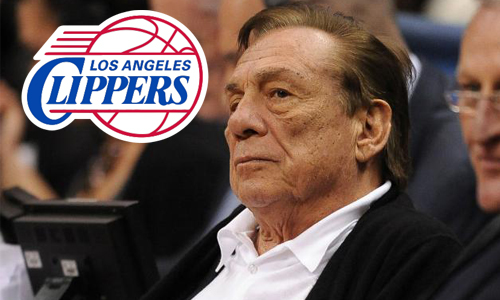 This was supposed to be the season for the Los Angeles Clippers.

Their Staples Center co-tenants, the Los Angeles Lakers, had one of their worst seasons in decades.  On top of that, the Clippers made several high-profile moves last offseason to bolster their roster, brining in guys like J.J. Redick.  They also landed a championship coach in Doc Rivers who was poised to lead this team to the Promised Land.

This was supposed to be the season for the Los Angeles Clippers.

After setting a franchise record with 57-regular season wins, the Clippers entered their first-round playoff series against the Golden State Warriors ready to prove themselves to their fans and the league.  The franchise known for being a perennial loser was ready to make a statement.  After splitting their two home games with the Warriors the Clippers went up to Oakland last Thursday and did something they hadn’t done since Christmas Day, 2011: win.

Their moment had finally arrived.  Their time was now, and nothing anyone could do or say could distract them in their quest for a title.  But as the old saying goes, “Man plans, God laughs.”

By now, we’ve all heard the audio tape from Clippers owner Donald Sterling.  I listened to it several times, partly because I couldn’t believe that in this day and age, racism and ignorance of this type existed at the ownership level.  I took to Twitter to read fans’ reactions, my favorite of which was from @TheTweetOfGod who said, “A racist NBA owner makes about as much sense as a homophobic theater producer.”  Well said, Mighty One.

What’s shocking about Sterling’s comments is not just how despicable they are in nature, it’s that they flow from his mouth so naturally without the slightest bit of remorse.  For a man who has been accused of racist acts in the past, this new audio recording is the nail in the coffin for one of the most disliked owners in all of sports.

The league has said they will hold a 2PM news conference on Tuesday to discuss the issue.  It remains to be seen what punishment will be handed down to Sterling, but it’s clear that a financial penalty will do little to appease the countless people affected by his comments.  Can the league strip Sterling of his ownership?  Unlikely, but I’m sure most people hope steps will be taken to ensure that that will be the end result.

For the Clippers, they deserve better.  Much better.  For over three decades they’ve suffered at the hands of a frugal (and racist) owner, who gave little regard to nurturing a championship culture.  The team was the laughingstock of the league for years, and when a player was drafted or traded to the Clippers it was the equivalent of a prisoner being sent to Siberia: you’d never hear from them again.

There was a reason why, back in 2009 after the Clippers won the NBA Lottery, everyone in attendance at Blake Griffin’s draft party was silent.  They knew the losing culture of the Clippers, and they knew the odds were against Griffin right from the start.  But a funny thing happened in the years after Griffin’s arrival: the team started winning.  Sure, they weren’t a legitimate threat to dethrone the Lakers as “LA’s Team,” but they began entertaining fans in a way they’d never done before.  After the Chris Paul trade in 2011, the Clippers suddenly became the team on the rise.  Today, hearing the words “Clippers” and “Championship” in the same sentence isn’t the punchline to a joke.  It’s a plausible reality.  And, up until Sterling’s comments were released, it’s all anyone could talk about.

The question now is, can this Clippers team can rise in the face of adversity and prove to everyone they are a united front, unwilling to succumb to the ignorance of one man, or will the curse of the Clippers rear its ugly head once again for the franchise?

Only time will tell, but this postseason was supposed to be their time.

This was supposed to be their year.

Woody Harrelson & The Curse of the Bengals