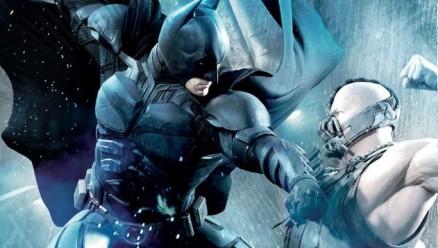 The Dark Knight Rises has come and gone, and I was glad to see that I my theories about John Blake and Miranda Tate were spot on.  Yet, when I left the theater with my wife I was overcome with a strange feeling of sadness.  I was suddenly coming to the realization that Nolan’s Batman trilogy had officially come to an end.  Now, I was left with the simple yet complicated question: Now what?

We know Warner Bros. plans to reboot the Batman franchise in 2015, but it remains to be seen how they’ll go about doing it.  We all know that whoever takes over as director and actor has the daunting task of creating a film, or series of films, that will inevitably be compared to Nolan’s work.  It seems like an impossible task to say the least, so I came up with three ways Warner Bros. Hcould go about rebooting Batman that might help make this transition a bit easier for both them and moviegoers alike.

GIVE JOHN BLAKE A CHANCE

His name may be Robin, but it was clear at the end of TDKR that John Blake was given the keys to the car Batmobile by Bruce.  Taking up the mantle of the bat is going to be no easy task for Blake, especially since he’s had no

mentoring or training of any kind.  It might be great to see how Blake goes about becoming Batman and the learning curve he goes through.  By going this route, we’d get a continuation of Nolan’s world but, with a new Batman; one who isn’t Bruce Wayne.  That way they’ll be no comparisons to Bale’s interpretation of Bruce and it’ll put a fresh spin on the Batman character.  We would have the first Batman movie without Bruce Wayne as Batman!  Also, since it would be a loosely based continuation of Nolan’s Batman universe, Warner Bros. would likely be able to capitalize on fans’ loyalty to Nolan, at least for one film.  People would be interested to see this kind of movie and would fill the seats to see this new take on Batman.  Assuming the film is good, Warner Bros. could create a new trilogy with Blake as Batman and then reboot the franchise again years down the road by bring Bruce Wayne back.

LET JUSTICE DO THE WORK

It’s no secret that Warner Bros. wants to do a Justice League movie, especially after the huge success of Marvel’s The Avengers.  The idea was even teased at the Man of Steel panel at Comic-Con the other week, and the more I think about it, the more I feel the studio should hold off on a Batman reboot in 2015 and wait for the Justice League movie to reintroduce him.  By then, fans will be clamoring to see the Dark Knight again and it will reintroduce him in a setting we’re unaccustomed to seeing him in.  Assuming Justice League is a huge success, Warner Bros. could then do a spinoff movie with that Batman and take him back to his stomping grounds of Gotham City.  By then, we’ll already be familiar with the new Batman and be anxious to see him back in action.  However, it’s unlikely Warner Bros. will do this since Batman has proven to be a major cash cow for them—but I think it is worth considering.

FROM BATMAN TO WATCHMEN

This idea that I am about to propose would be a complete palate cleanser, in my opinion.  I say reboot Batman using Frank Miller’s Batman: Year One as a template and give the film the visual look and feel of Zack Snyder’s Watchmen.  Regardless of how you felt about that particular film, there’s no denying that it offered some stunning visual sequences.

Why not make a Batman comic book movie that actually looks like a comic book.  It’s a big risk considering Joel Schumacher tried something like this with Batman Forever and Batman & Robin, but I think it could work with the right director at the helm.  Give us a Batman and Gotham City that’s the complete visual opposite of Nolan’s world.  While comparisons will still be drawn between the two, at least the studio will be going for something completely different in terms of look.

Granted these scenarios are long shots at best and with TDKR having just been released we likely won’ t know for quite some time which direction the studio will take the Batman franchise.  All I know is that Warner Bros. needs to be very calculated in their approach to ensure that they not only turn out a great product, but that they give the next director and actor the best chance to succeed.