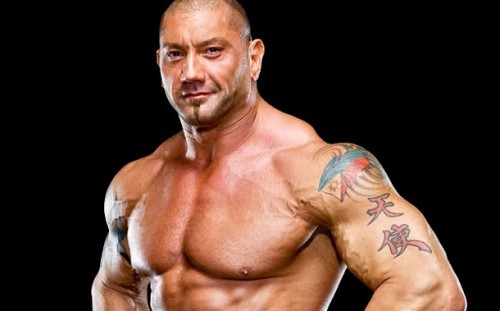 WWE’s Dave Bautista has been cast as Drax the Destroyer in James Gunn’s Guardians of the Galaxy.

Last month, rumor was that Conan star Jason Momoa was the front man to take the role, and some outlets even reported he was in the final stages of negotiations.  But apparently, Momoa’s agents at APA wanted $200K more than Marvel was offering.  Instead of Momoa, Marvel turned to a guy who has the look and feel of Drax the Destroyer.   In the comics, Drax was once a human whose family was killed by Thanos.  When Drax was resurrected into a different body, his sole purpose in life became to destroy Thanos.

Bautista will join Parks and Recreation star Chris Pratt in the interstellar film that is an intricate part of Marvel’s Phase Two.