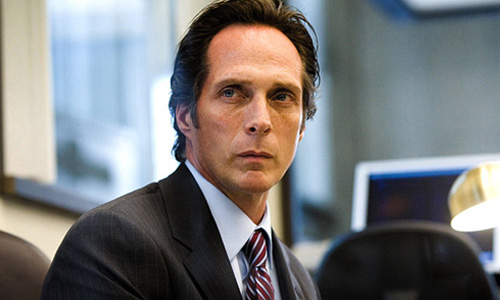 William Fichtner has finally confirmed what we’ve all suspected since the announcement of his casting in Teenage Mutant Ninja Turtles: he’ll be playing the iconic villain Shredder.

Previously, Fichtner was said to be playing a character with “iconic stature in the Turtles’ mythology.”  That of course led fans to believe he’d be playing Shredder, but there had been no official word until recently when Fichtner revealed the details to HuffPost Canada TV.

I play Shredder. It is cool. It’s one of those things that came along where I thought, “Really? Let me think about this for a minute.” [Laughs] Then I was like, “Yeah, OK, this sounds like a journey.” I’m very glad that it worked out, I’m really glad that I’m doing it.

Fichtner is perfect for this role.  He was great as Roger Van Zant in Heat and we all know him as the bank manager who gets shot by the Joker at the beginning of The Dark Knight.  His intensity and acting chops lend credibility to the role, and he’s already worked in a Michael Bay film before (Armageddon).