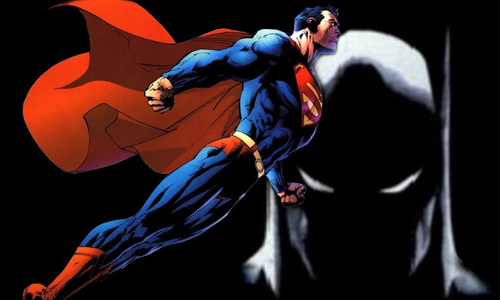 It looks like Warner Bros. has a plan in place for Justice League.  According to a story in the LA Times the studio is set to announce a Superman/Batman team-up movie for 2015 that will act as a sequel to Man of Steel and the likely precursor to Justice League.  The film will draw inspiration from Frank Miller’s graphic novel The Dark Knight Returns.

The film, rumored to be called World’s Finest, would reintroduce Batman to movie audiences.  It is unlikely Christian Bale will return as the Dark Knight, even though Christopher Nolan would be producing and the script would be written by Dark Knight and Man of Steel scribe David S. Goyer.

I personally think this is a smart direction for Warner Bros. to go in.  Justice League is a hard concept to sell to audiences on its own, so you need to gradually ease people into this world.  By having Batman and Superman teaming up together in a solo film first, you would have two of the most iconic DC characters fighting side-by-side.  We’d be used to the idea of seeing the Man of Steel, with all his superpowers, fighting alongside a superhero with no superpowers in Batman.  It’d make the introduction of other characters like the Flash (rumored to be coming to the screen in 2016) and Green Lantern more believable.

Also, if you know you want to do Justice League then there is little point in trying to do another solo Superman film.  Teaming Henry Cavill up with a new Batman will reintroduce the Dark Knight early on so once Justice League comes Warner Bros. can immediately spin Batman off into his own franchise again.  I love this idea the more I think about it.  What will make me love it even more is if Michael Fassbender dons the cape and cowl.