Steve Ballmer strikes deal to buy Clippers for record $2B 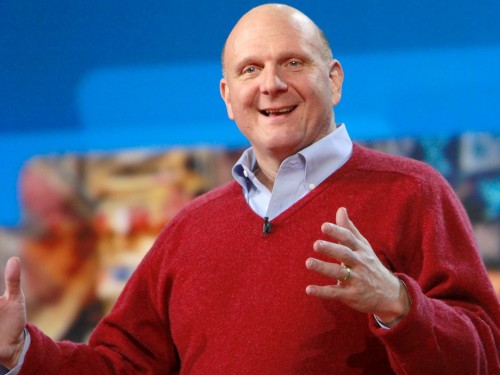 The drama surrounding the Los Angeles Clippers appears to be coming to an end.

Shelly Sterling, wife of owner Donald Sterling, announced late Thursday night that she had signed an agreement to sell the Clippers to former Microsoft chief executive Steve Ballmer for a record $2 billion.  The previous record was the sale of the Milwaukee Bucks earlier this year for $550M.  Donald Sterling purchased the Clippers for $12.5M back in 1981.

The agreement will be sent straight to the NBA for final approval, and Ballmer will need to be approved by both the league office and three-fourths of the league’s owners.

The announcement brings with it a sigh of relief for the Clippers and their fans, who up until recently had anticipated a long fought court battle between the Sterlings and the NBA.  Ballmer is sure to be approved as the new owner, and he’ll bring with him a fresh start and sense of optimism for an organization that had little success in Sterling’s 33-years of ownership.

It’ll be great to see what changes Ballmer makes, but one idea presented by ESPN’s own Arash Markazi suggests that Ballmer should do away with the Clippers logo and name and reboot the team entirely.  It’s an idea I’m sure many fans would support, as long as they get a say in the decision.