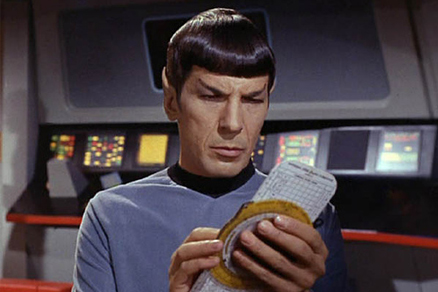 A difficult week for predicting games, if ever there was one.  The first two weeks have been quite eventful and proven that nothing is as it seems.  The Super Bowl favorite New England Patriots were upset at home by the feisty Cardinals of Arizona and the replacement officials have become more troublesome than tribbles—a trend that appears likely to continue heading into Week 3.

Of the 15 NFL games remaining on the schedule this weekend, 11 of them have lines of -3.5 or less.  Logic seems to be the one thing absent so far from the 2012 season, but nonetheless, I have analyzed the lines, studied the statistics, and even taken tricorder readings to give you this week’s picks.

While there has been nothing logical about the Saints this year—from the way their offseason went to their fascinating 0-2 start—I expect all that to turn around come Sunday when the lowly Chiefs of Kansas City visit the Superdome.  The New Orleans defense has been out of sorts with the absence of both head coach Sean Payton and defensive anchor Jonathan Vilma, so it will be up to Drew Brees and the Saints’ offense to carry them to victory.  The Chiefs have given up 75 points in just two games, and will certainly see that total increase tomorrow after game three.  The Saints will win big in front of a rowdy crowd in New Orleans.  SAINTS

As a fan of ornithology, I find this game to be quite fascinating.  The Eagles have won their first two games by a combined total of two points, and needed a last minute drive against the Browns and a last minute collapse by Joe Flacco to pull out those victories.  The Cardinals, meanwhile, stopped the Seahawks at the goal line in Week 1 and beat the Patriots in New England last Sunday to prove that they are a worthy 2-0.  Their defense is one to be reckoned with, and based on the inconsistent play of the Eagles so far, I would not be surprised if the Cardinals prove to be the superior species tomorrow in the desert.  CARDINALS