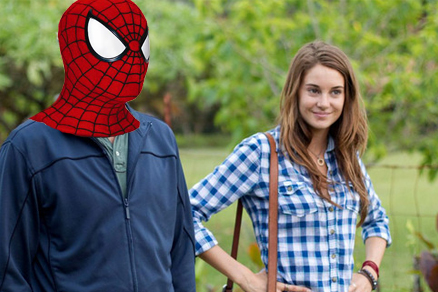 After her breakout role in last year’s film The Descendants, there seems to be no actress getting more attention lately than Shailene Woodley.  The Secret Life of the American Teenager star was recently announced as the lead for the film adaptation of the young adult novel, Divergent, but, more importantly, she has now been confirmed as the new Mary Jane Watson in The Amazing Spider-Man 2 and The Amazing Spider-Man 3.  You’ll remember that Kirsten Dunst famously portrayed the role in Sam Raimi’s Spider-Man Trilogy.  However, Mary Jane–Peter Parker’s most well-known love interest in the comics and films–was noticeably absent in Marc Webb’s first installment of Spidey, instead focusing the love story on Peter Parker (played by Andrew Garfield) and Gwen Stacy (played by Emma Stone).

Woodley’s role as MJ will apparently be a rather small one in the sequel, but will likely expand in a major way for the third, and presumably final, film in Webb’s trilogy.  I personally think this is a great casting move as Woodley not only has the perfect look to play Mary Jane, but also has a great set of acting skills.  I’m excited to see how her character fits into this new Spidey universe, and just what sort of role she’ll have in the sequel.