Set photos from the England set of Thor: The Dark World have emerged online–via Comic Book Movie and Just Jared–and if the photos are any indication of how the tempo and feel of the actual film will be, we are in for an epic sequel from the God of Thunder.  Check out the photos below, which also feature Jaimie Alexander returning as Sif, and the official plot description for the film.

Exploring Thor’s relationship with the Asgardian all-father Odin, as well earthbound companion Jane Foster, “Thor: The Dark World” follows the God of Thunder to The Nine Realms beyond Asgard and earth. And as his evil half-brother, Loki, returns for Asgardian justice, a new threat rises. Also rejoining Thor are his fellow Asgardians, Lady Sif, gatekeeper Heimdall and Warriors Three, as they encounter mythical Norse creatures among evildoers. 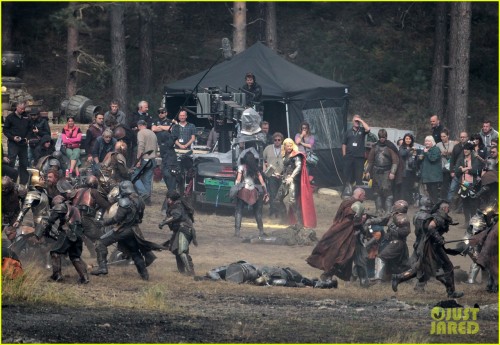 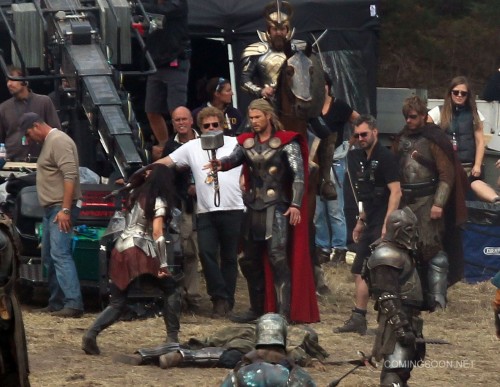 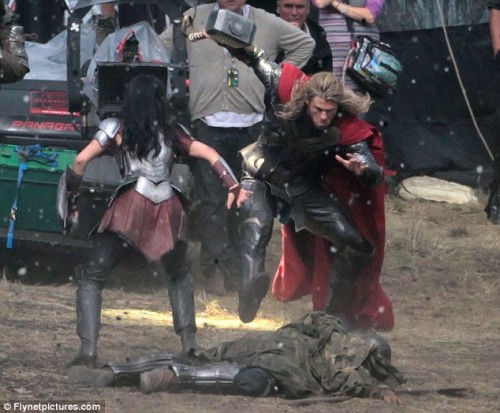 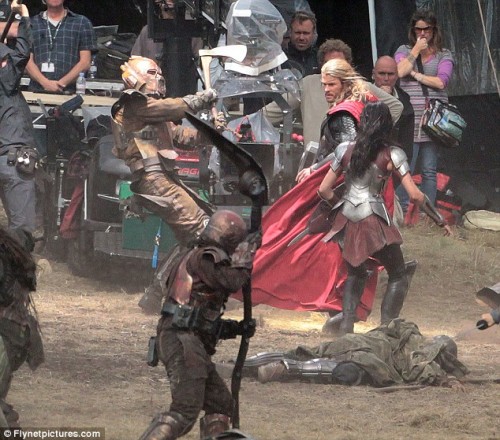 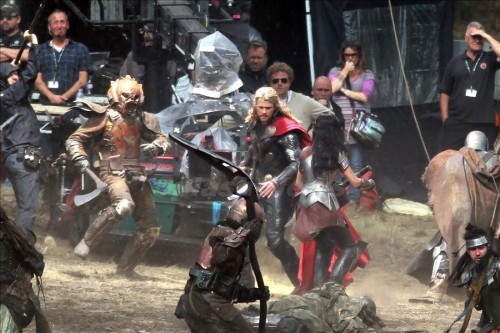 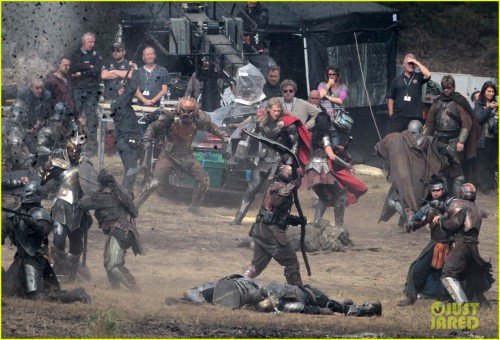 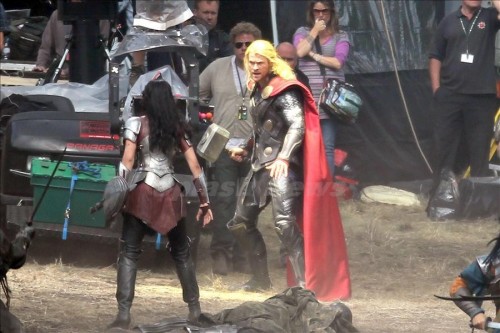 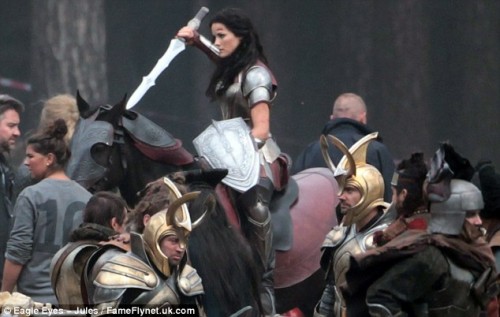