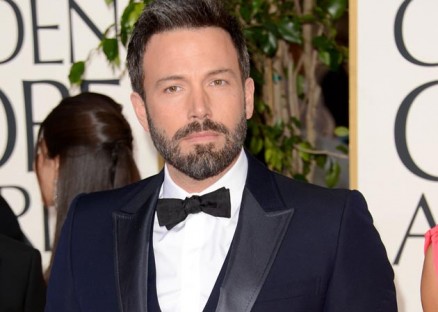 Yesterday, I talked about how Warner Bros. may be looking to scrap Will Beall’s script for Justice League altogether since they feel it is a disaster.  Today, we have a new rumor that deals with some past news.  It was reported in August that Warner Bros. approached Ben Affleck about possibly directing the Justice League movie.  While that is old news, what is being reported today may come as a shock.  /Film (via El Mayimbe of Latino Review) is reporting that Warner Bros. apparently not only wanted Affleck to direct the film, but they wanted him to play Batman, too.  Take a look at the tweet below for Mayimbe.

FUN & FABULOUS FANBOY FACT OF THE DAY: DID YA KNOW WHEN AFFLECK WAS APPROACHED TO DIRECT JUSTICE LEAGUE THEY ALSO WANTED HIM TO PLAY BATMAN?

This may come as a shock for many of us given that the most popular casting rumor out there regarding Batman in Justice League involved Armie Hammer.  As extreme as the decision would have been to cast Affleck as Batman, it makes a little sense to me.  Affleck has already established himself as a worthy director, but having him in a staring role would also add some much needed star power to the film and would possibly create enough intrigue for people to want to go see it.  Affleck does have the look of Bruce Wayne, but again, given that Warner Bros. is looking to spin-off a new franchise with the Justice League Batman, then it’d be best to find an actor other than Affleck.  With his future in the director’s chair clearly bright, why would Affleck spend years of his career running around as a superhero onscreen?  Again, this is just a rumored report, but it gives you an idea of just how insane the thinking over at Warner Bros. has been regarding Justice League.  Fortunately, Affleck made the right choice and passed on directing this film.