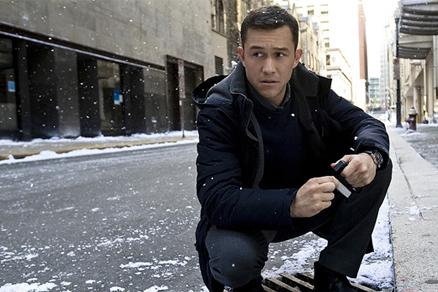 /Film posted information on this blockbuster rumor earlier today.  Check out their report below followed by my initial thoughts:

The info comes from HitFix’s Drew McWeeny, who got word from inside sources. The site’s generally pretty reliable with scoops, but as Warner Bros. has not verified the casting at this time, we’ll caution you to take it with a grain of salt.

Apparently, Gordon-Levitt’s casting came about when speculation about his TDKR character John Blake and the future of the Batman franchise led to conversation, which then led to a more solid plan. The news doesn’t come entirely as a shock, since TDKR set up Gordon-Levitt/Blake as the successor to Bale and Bruce Wayne. But with so few confirmed details about Justice League at this point, it’s still interesting to get an inkling of where WB wants to go with it.

Perhaps the larger surprise is how soon we may get to see Gordon-Levitt don the Bat-suit. McWeeny reports that Gordon-Levitt could play the character well before 2015′s Justice League, perhaps even in Zack Snyder‘s Man of Steel next summer.

Mind you, a Man of Steel cameo isn’t actually confirmed, but signs point to something happening before 2015. According to McWeeney, deals are being made with Gordon-Levitt and possibly one of his TDKR co-stars, despite the fact that shooting on Justice League won’t start for a while yet. Not to mention, it’d make sense if WB’s picked up any tips from watching the way Marvel set up their cinematic universe in the run-up to The Avengers.

Now, I’ve written before about how Warner Bros. can reboot Batman with John Blake, and I’ve even supported the idea of rebooting Batman in Justice League before spinning him off into his own franchise again.  But this, this, is a horrible idea.  Warner Bros. is going to potentially ruin two different franchises because of one bad decision, should this rumor turn out to be true.  I will go more in depth about this in a feature piece later this week, but right now, I am not pleased with this news, and am wondering what the hell is going on at Warner Bros.