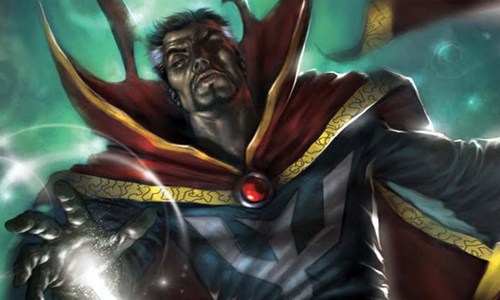 You’ll remember that in Captain America: The Winter Soldier, Stephen Strange’s name was mentioned, making it clear that Marvel has big plans for the character going forward.  As Marvel’s Phase Three draws closer and closer, discussion has grown serious as to who will play the lead in the much anticipated Doctor Strange movie.

While names such as Justin Theroux, Jared Leto and even Johnny Depp have been thrown around, none have yet to be confirmed for the role, and most have scheduling issues that would prevent them from taking the part.  Today’s rumor, however, may have some serious substance to it.  The Wrap is reporting that Joaquin Phoenix is a frontrunner to land the coveted role, and while no offer has been signed, he has begun to have serious discussions about the part.

It has been reported, too, that Phoenix has been spotted purchasing Doctor Strange comic books in New England where he is currently filming a new Woody Allen movie.  Whether or not this means Phoenix has landed the role, or is just doing due diligence and immersing himself in the source material to see if he wants, it remains to be seen.  I think Phoenix has the mysterious, dark personality to bring this character to life, and his addition to the Marvel Universe would be a huge win.

Hopefully, we’ll find out sooner rather than later whether Phoenix will be cast for the part.