Ray Fisher cast as Cyborg in ‘BATMAN VS. SUPERMAN’ 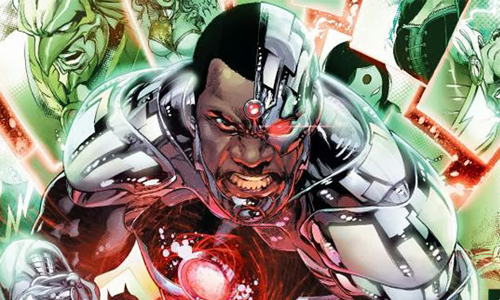 It’s starting to feel like Batman vs. Superman should change its title to Man of Steel: Cluster Fuck.

Today, we have a new addition to the cast in Ray Fisher, who will take on the role of Cyborg in the Man of Steel sequel.  Variety reports that the character won’t have a large role in the picture, but “will become a much more significant role as Warner and D.C. develop more films related to the Justice League universe, sources confirm.”

I know we got a very brief tease of S.T.A.R. Labs in Man of Steel, and for those who don’t know S.T.A.R. Labs is the company that turns Victor Stone into the half-human, half-machine known as Cyborg (think kind of like RoboCop, but with much cooler gadgets).  Since Fisher’s Cyborg character will only appear briefly in the film, I’m wondering whether or not we are actually going to see Victor Stone as a machine, or if we meet Stone pre-Cyborg form.  I’m sure there will be a connection between S.T.A.R. Labs and LexCorp on some scale that ties things together.

While Cyborg is an interesting character, my concern for this film is growing with each addition of a DC superhero.  I thought adding Wonder Woman to the mix was a bad idea, so including Cyborg (even in a small role) makes me wonder about the direction of the story and if it is going to potentially collapse under its own weight.  I know DC wants to keep pace with Marvel, but they need to be careful and do it the right way.  Marvel laid the foundation for its universe by devoting time to developing each character and property.  DC seems to want to skip all that and get straight to a Justice League film, thinking that is where the big bucks will be.  I have faith in David S. Goyer as a writer, but creating a compelling story with all these characters seems like an almost insurmountable task.

In the meantime, here is a picture of Ray Fisher as Muhammad Ali from a recent play he was in followed by a description of Cyborg. 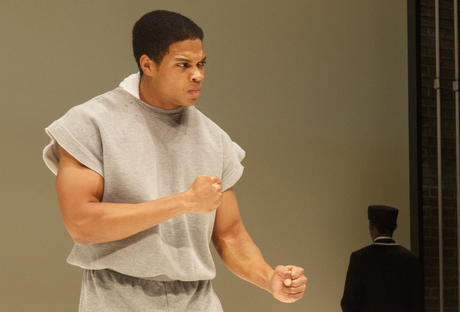 CYBORG, also known as Victor Stone, is a superhero who is half man and half machine. His body was destroyed in a tragic accident, but he was saved through experimental technology; his body parts have been replaced with a large arsenal of high-tech gadgets and weaponry, while constantly providing life support. Stone struggles with his humanity as a machine, although his advancements have made him an unstoppable powerhouse.