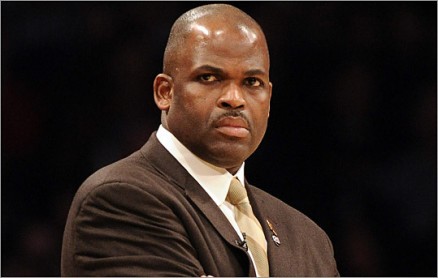 The Blazers are just 8-14 since February 1st, and have fallen to 12th in the Western Conference standings.

McMillan took over as Blazers head coach in 2005, and in 2008 he led the team to a 54-28 record.  But a rash of injuries to players like Greg Oden (who was waived by the Blazers today) and Brandon Roy, coupled with three-straight first round playoff losses were too much for McMillan to overcome.

McMillan is 478-452 in 11-plus seasons coaching the Trail Blazers and Seattle Supersonics (who are now the Oklahoma City Thunder).  Blazers assistant coach Kaleb Canales will reportedly take over for the rest of the season.